Adapting to a future with less snow 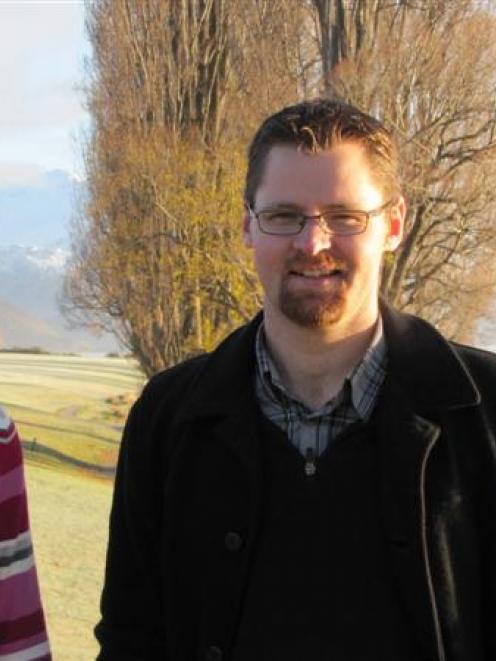 Associate Prof Susanne Becken, of Lincoln University, and Niwa ice and snow scientist Dr Jordy Hendrikx in Wanaka. Photo by Marjorie Cook.
In 30 years' time, there will be less snow in the mountains around Wanaka and Queenstown, forcing tourism businesses to promote other reasons for Australians to take a winter holiday in the region, Canterbury researchers say.

Lake Wanaka Tourism and Edgewater Resort hosted a presentation by the trio on Tuesday evening.

Their mid-range scenario is, by 2040, there will be less snow at all elevations below 2900m, and a shorter snow season.

The scientists have acknowledged, but do not want to over-emphasise, a limitation in their analysis: storm tracking has not been included.

But that did not detract from climate change issues for both New Zealand and Australian snow industries, the scientists said.

Dr Hendrikx said skifields wanted more information about the influence of storms but that science was "on the cutting edge" and not presently available.

"The predominant factor people should be thinking about is less snow. The key message is looking at adaptation now for the future," Dr Hendrikx said.

Prof Becken, who works in Lincoln's department of social science, parks, recreation, tourism and sport, said skifield investment timeframes seemed to be about 10 years, which was short.

"I see the problem more at the destination end.

"If skifields decide in 10 years time to move on, that is not so bad for them but what about all the other people coming here ...

As one person said to me last night, `Why would Australians come here just to be cold?' And it's about the community and all these other jobs," she said.

Local skifields adapted their operations each year to normal seasonal variations but the climate change scenario would require a wider adaptation, the scientists said.

A similar 2003 study by the Commonwealth Scientific and Industrial Research Organisation (Australia's equivalent to Niwa) showed there would be a dramatic reduction in the area of snow coverage and a more elevated snow line in Australia, because of global warming and less precipitation.

New Zealand would have less warming and more precipitation and, at first glance, that looked good for New Zealand, the scientists said.

A bad side was the possibility Australian skifields might disappear and the public might decide it was not worth coming all the way to New Zealand to teach their children to ski.

In some other countries where there was no snow, such as South Africa, skiing holidays did not feature as a reason to travel overseas.

In the United Kingdom, where there are only a few skifields, many people take skiing holidays in the European Alps, because they are close.

"It shows you it is a complex story, with Australia. And everyone has told us Australia is the key to this industry.

"Some tell us bookings [from Australians] are up 20% on last year," Prof Becken said.

There were many things skifields were already doing and could continue to do in a future with less snow, such as snow-making, snow fencing and taking good snow management actions, such as closing earlier or concentrating activities into terrain parks, she said.