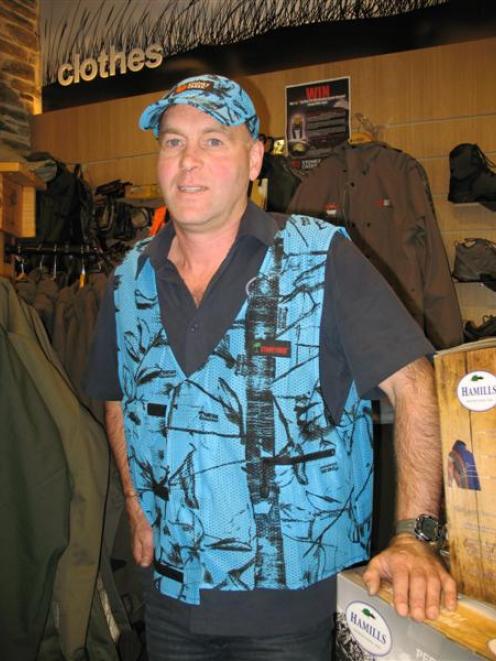 That is the word from retailer Mark Sanders, owner of Hamills Wanaka which caters for deer hunters.

The traditional ''roar'' season for deer hunters began a week ago and Mr Sanders said he started out with equal stocks of ''blaze blue'' and ''blaze orange'' caps, vests and other clothing.

Some orange had sold but he had had to reorder his blue range.

Although the jury is still out over which colour is safest for hunters, Mr Sanders is a convert to blue and is wearing it himself.

Mr Sanders believed as the orange faded to appear ''rusty'' it became more easy to mistake for the colour of a deer.

''The blue is very different in the bush and I believe it would make you look twice,'' Mr Sanders said.

Often, it is not the hunters themselves making the decision as to which colour to buy.

''The wives and partners are coming in and are seeing it and they are saying, 'Well, if this is making my husband stand out more in the bush, I'm going to buy it for him'.''

It found no single colour was satisfactory as a protective factor for all conditions. However, ''United Nations'' blue came out as the most visible colour in the greatest variety of conditions.

Orange was found to be good in most conditions but there were ''circumstances where it might be confused with deer''.