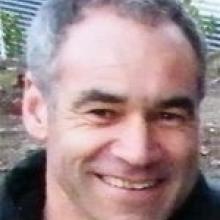 If the council decides to go ahead with a levy charge, the revenue gained could provide a windfall to community groups behind cycle and walkways around the Queenstown Lakes, such as the Upper Clutha and Wakatipu Trails Trust.

However, the cost of running events in the district could also rise and any council levy would "probably" be passed on to competitors and participants, QLDC parks and open spaces manager Paul Wilson told the Wanaka Community Board.

He suggested to board members the matter should be considered by a council hearings panel responsible for a proposed community pricing policy, during a meeting this week.

Wanaka events company EveNZ was given approval to hold a series of three running races using walkways at the Hawea River, the Clutha River, and the Millennium track between Wanaka and Glendhu Bay.

Other commercial sporting operators might also want to use the network of trails and walkways - established in part by the Upper Clutha Trails Trust during the past few years - and others around the district, Mr Wilson said.

Event organisers do not have to pay to use walkways or some council reserves, but are often charged bonds to cover any damage that might occur to council administered property.

The council's draft community pricing policy was considering charging organisers a fee "perhaps per person" for the use of council-owned land, Ms Conroy said.

EveNZ director Nicole Fairweather told the board the company was also discussing with Doc fees paid to cover the use of Doc-administered land.

Board chairman Lyal Cocks said, while he applauded sporting event organisers for their community contributions, there was a need to assess the effect and benefits derived from holding commercially-orientated sporting events.