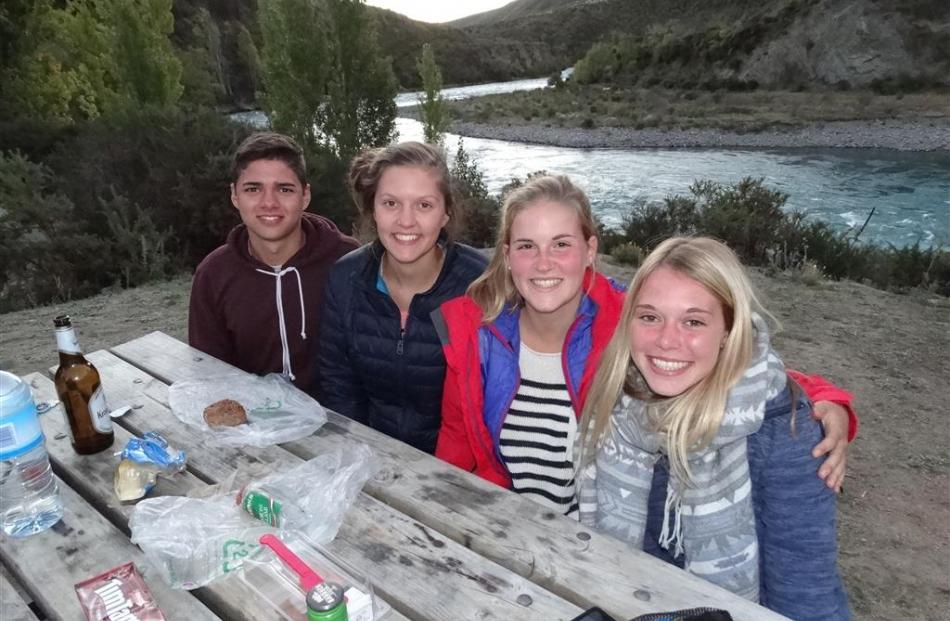 Gathered around the Gibbston camp site table are (from left) Marco Kuehner, of Germany, Kristin Albinsson, of Sweden, and Stefanie Krauth and Elena Fischer, both of Germany. Photo by David Williams.

Too many people are staying each night at the Gibbston camping ground, German camper Marco Kuehner says.

Across the picnic table, fellow camper Stefanie Krauth said the camping ground usually attracted more than 100 people a night and there was only one toilet.

Some campers are passing through but others are working, including at vineyards. Some admit to having lived at the site since December.

Mr Kuehner says one toilet is not enough for that many people.

Asked about the alternatives, they point towards a hillside littered with toilet paper and associated muck.

But they add most people are respectful and don't litter.

Twenty dollars per person per night in a commercial camping ground was "too much'', he said.

Germany's Jonas Oehlerking, who recently arrived at the site, said New Zealand was busier than he expected.

"For me, that's the biggest negative point because you come to New Zealand to feel sometimes lonely, but in a good way, that you don't have people around you. But it isn't like we expected.

"Maybe that's also the point the locals don't like.''