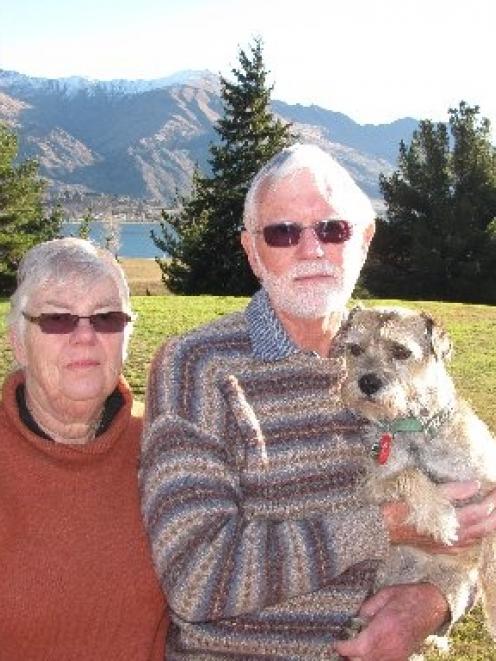 Wanaka resident Graham Dickson is concerned about the effect of the bylaw's tighter rules and the difficulty the average dog owner will have in interpreting them.

If approved, the bylaw would require all dogs to be under control on a leash in all cemeteries, playgrounds and other public places, except areas designated by the council as dog exercise areas - of which there are none at present - and in the rural general zone.

The rule would apply to parts of public walking tracks and some reserves, which are both areas where the district's dogs can lawfully be off their leash at present under the existing QLDC Dog Control Bylaw 2006.

''I'd have to look at a zoning map to find out where the rural general was ... how are people meant to possibly know?'' Mr Dickson said.

The bylaw's ''arbitrariness'' meant areas like Pembroke Park and the Wanaka Showgrounds were in the zone so would not require dogs to be on a leash, but reserves within residential zones such as Lismore Park and Kelly's Flat would.

QLDC regulatory manager Lee Webster said the council would use signs and possibly a map attached to the bylaw to educate dog owners about prohibited or restricted areas.

The amended dog control policy and bylaw was drafted following community consultation earlier this year via an online survey.

Of the nearly 1000 survey respondents, 56% said there should be no restrictions on where dogs were allowed, while the rest believed dogs should not be free to roam.

Of those wanting restrictions, most said dogs should be either on a lead or banned altogether from schools, playgrounds and cemeteries.

Although 53% said verbal control over dogs on council-owned reserves and public walking tracks was sufficient, 41.5% thought a lead was necessary.

''What we were trying to get was the balance between, yes, people wanted to be able to run their dogs, but also the fact that when there's a lot of people around we want those dogs to be on a lead rather than just under voice control,'' Mr Webster said.

On average, the council received ''one or two'' complaints about dogs attacking other dogs each month, which the tighter controls aimed to address.

However, Mr Dickson said keeping a dog on a leash did not guarantee no problems.

''The only attack on my dog while walking on the walkway has been from a large dog on a leash.''

He believed the new restrictions, including the ''unnecessary'' banning of dogs from schools, would severely affect the ability to exercise dogs and ''reduce quality of life for both dogs and owners''.

Dog control bylaw submissions close on June 30 and a hearing is scheduled for July 17 in Queenstown.