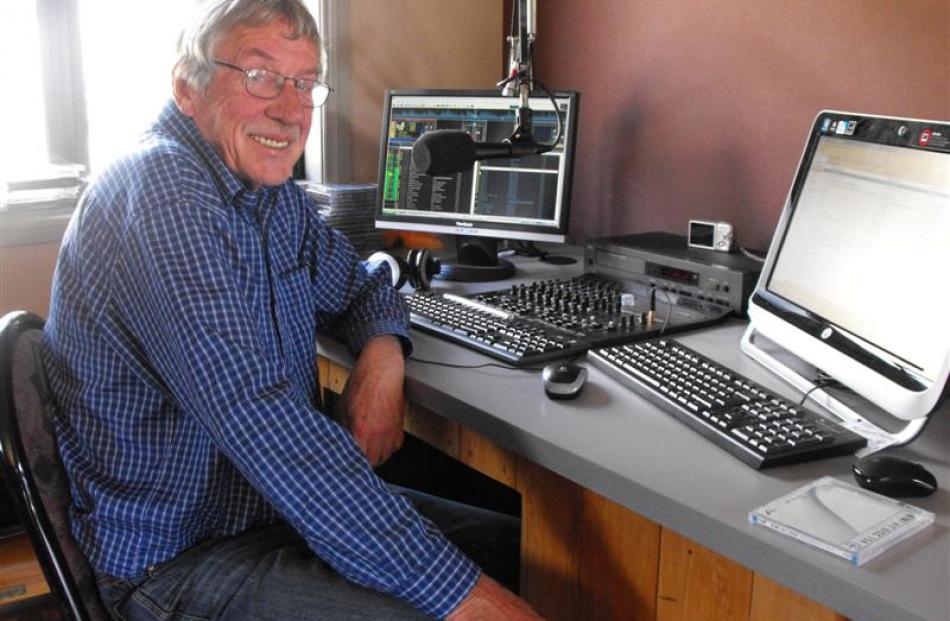 Glenorchy residents will be well used to the wake-up call from Glenorchy Country Radio's Chas Drader and this week the station gained a $9999 upgrade.

Rural Women New Zealand's Glenorchy branch was able to give money to Mr Drader's station which started three years ago and ran on an old HP computer which had been destined for the tip.

Although the "old girl" had lasted, Mr Drader said this was a welcome addition before the summer, as the heat was guaranteed "to blow her up at any point".

The station earns only enough to pay for the power bill and licence fee, so without the women's kind funding the station would have been running on empty.

He had founded Q92 23 years ago but started the Glenorchy based station three years ago after he "retired" at age 65.

He said he has had positive feedback about the station in the community and has enjoyed every minute of it.

"I enjoy doing it, it gets me out of bed. I haven't heard anything bad, though they probably wouldn't tell me," he joked.

"It's sort of like talking to the family in a way.""They soon tell me what they want to hear when you're down at the pub."

Mr Drader has over 50 years' experience as a radio broadcaster and said, since he had moved from the Queenstown office, he returned to the resort only twice a year.

"For a small community it is a pretty awesome set-up."

"His radio is totally self-funded and he does it out of the goodness of his heart and we felt he needed some support. His previous computer was something his wife intercepted from the dumpster and he made it go again, so that's some good Kiwi ingenuity there."

"It is a really great way to communicate in a small place like this."