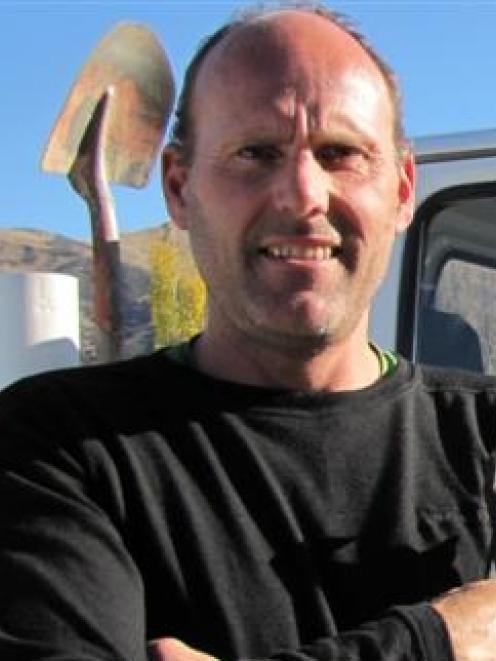 Alastair Gillespie
Wanaka resident Ralph Markby is so annoyed by unattractive, drain-dwelling algae he has complained to the council.

He also got his plumber to install a filter and was astounded it was almost fully blocked after just one month.

Mr Markby is not alone in being upset by clogged showers and basin plug holes or reduced water pressure. in the past four years, the Queenstown Lakes District Council has received 17 complaints about the naturally occurring seasonal algae.

"As ratepayers, we are entitled to clean water which we haven't had for a long time," Mr Markby said.

The council has been working on the problem since at least 2008.

Unfortunately, the algae still have been getting through.

Water operations engineer Martin Ellis reassured Mr Markby in a letter last week that the town's drinking water was chlorinated and passed national standards, the algae posed no known health risk and work was continuing to identify a cost-effective solution.

When approached by the Otago Daily Times, Mr Ellis said there were two main ways to fix the problem.

The first was to install a filtration system at the intake at a cost likely to be "several millions".

The majority of the Wanaka community would have to indicate through consultation that this was what they wanted, Mr Ellis said, and even if a system was installed, there would be ongoing maintenance costs.

Consultation was not likely to begin until after the October elections.

Mr Ellis said the community would have to consider whether the problem adversely affected so many people it was worth spending several million dollars to fix it.

The community and council might want to consider instead whether it was more effective to help on a case-by-case basis, Mr Ellis said.

The second way to alleviate problems was self-help, he said.

This meant fitting filters and learning to maintain them.

Mr Ellis agreed it was annoying to clean filters every two to three weeks, and it meant a cost for individuals who could not do it themselves.

The council would not specify which filters should be used because that was anti-competitive.

People should talk to their plumbers, he said.

A information flyer is also being developed and should be in ratepayers' letterboxes soon.

Mr Gillespie has been a plumber in Wanaka for 17 years and believed a practically-minded person equipped with a pair of grips or spanner should be able to clean filters.

He had dealt with about five complaints and had noticed some types of residences were more affected by algae than others.

Older houses, in which tapware and plumbing systems were unchanged and there were either no strainers or coarse mesh varieties, seem unaffected.

Most problems he had been asked to deal with had been in homes built since the 1990s or in renovated older homes.

Strainers in hot-water cylinders, taps, shower roses and kitchen-bench water filters were all relatively easy to get to.

However, products with built-in strainers needed a plumber to remove the clogged material.

Mr Gillespie said the best way to protect from algae build-up was to install and maintain a pre-line filter either just within the boundary of the property at the toby box, or next to the house.

"I've had those line strainers block within two months. But it is very random. It may be due to the amount of water. It may be the time of day," Mr Gillespie said.