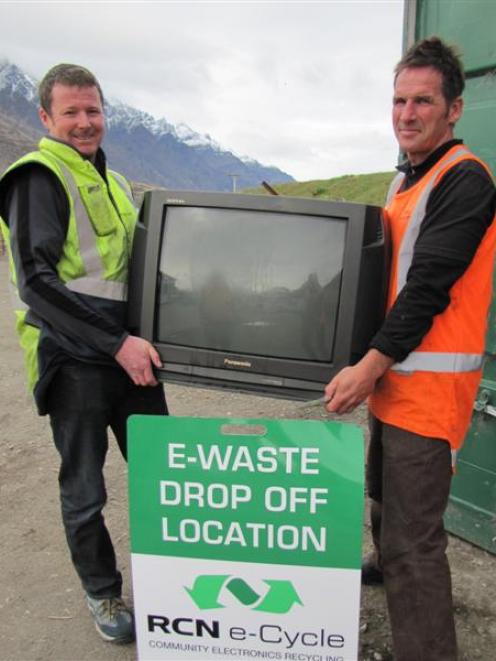 Wakatipu residents, accommodation providers, schools, offices and everyone else who wants to dispose of their computers, monitors, modems, mobile phones, printers, TVs, scanners, fax machines and photocopiers in an environmentally safe way and for a small fee can leave the items at the green shipping container on the refuse side of the station on Glenda Dr.

The container will act as the depot for the duration of the six-month trial. The initiative replaces the popular free annual "eDay" drop-offs, which saw eight tonnes of e-waste taken from the Frankton centre after only six hours in November.

Wanaka Wastebusters will collect the Wakatipu's electronic junk every Friday for processing.

Materials are freighted to the RCN e-Cycle recycling facility in Christchurch for disassembly and distribution to recyclers around the country, or accredited factories in Australia, Singapore, Japan and China.

The Frankton depot is the first to open since the RCN e-Cycle project received $1 million in funding from the Government in August.

The initiative aims to reclaim valuable components, including gold, silver, platinum and palladium, while keeping toxins such as lead, mercury and brominated flame retardants out of New Zealand's land and water.

Charges are the same for Queenstown, Wanaka and most of the other 19 e-Cycle depots in the country. Fees range from $5 for a laptop or desktop box to $14 for a CRT (cathode ray tube) monitor and $20 for a TV.

Monitors and TVs cost the most to recycle because of the expense of freight and the low value of materials to recover.