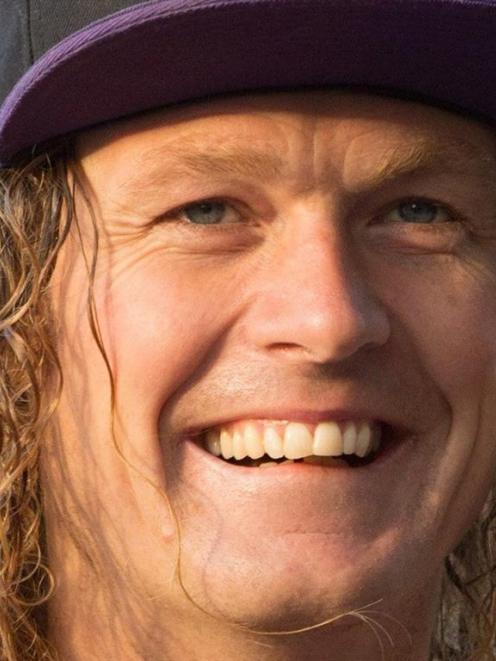 These are just a few words used to describe leading slopestyle mountain biker and track builder Kelly McGarry, who died on Monday afternoon in Queenstown.

It is understood Mr McGarry (33) died of a suspected heart attack while riding his bike to the top of the Fernhill loop track.

Friend and fellow biker Tom Hey said a huge hole had been left in the mountain biking community.

Describing him Mr McGarry as a legend, Mr Hey said he was known globally for his riding ability.

He was lucky and privileged to call him a mate and business partner, Mr Hey said.

"He was a great friend, a great athlete. He got out there and lived life to the fullest, full throttle - he didn't mess around. A larger than life character.''

The death was not the result of an accident, he said, and Mr McGarry was riding well "within his limits''.

Tributes have been flowing for the only New Zealander ranked in the world's top 20 for slopestyle.

Mr McGarry was instrumental in the development of many of Queenstown's bike tracks and involved in Queenstown Bike Festival.

Mr McGarry's knowledge of the events, combined with his skills as a builder, made him the best at what he did, Mr Hey said.

Another friend, and member of the Queenstown Mountain Bike Club, Fraser Gordon, said Mr McGarry was the kind of person people gravitated towards.

Despite being a well-known biker, he was down to earth.

"A real Kiwi bloke that would spin a yarn to anyone. He would give people his time and really light up their day. If you bumped into 'McGazza' for a yarn for a couple of minutes, your day was instantly better. He was big in stature and had a big personality.''

The news was still very raw and friends were struggling to come to terms with his death, Mr Gordon said.

"He had a really smooth style, with a huge bag of tricks.''

Mr McGarry's bike sponsor YT Industries posted a statement on its website saying the company was deeply saddened and shocked by the death of "a truly unique character''.

"He stood for the true essence of mountain biking through every aspect of his life. Our thoughts and prayers go out to his family, girlfriend and his friends.

Mr McGarry was riding with two companions when he collapsed.

Senior Sergeant Paula Enoka, of Queenstown, said the pair performed CPR but Mr McGarry was pronounced dead at the scene by St John paramedics about 4.20pm.

The unexplained death has been referred to the coroner.