Parkins Bay development to go ahead 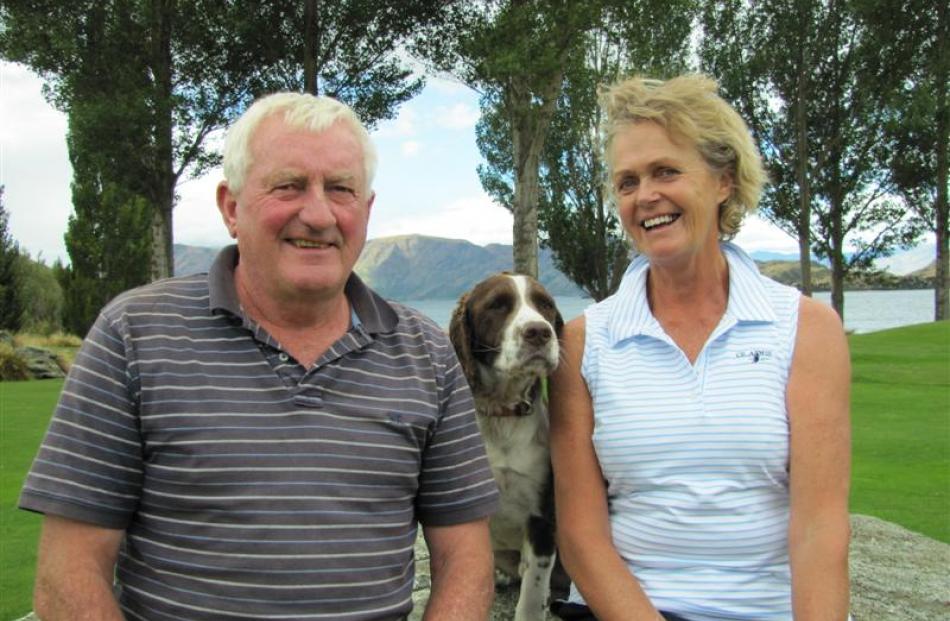 Bob and Pam McRae and their dog George. Photo by Marjorie Cook.

Their solicitors confirmed the Environment Court had granted permission to proceed with the multimillion-dollar project about midday yesterday, creating much excitement and nervousness in the McRae household.

The couple had not had chance to read the decision yesterday or sit down with their advisers, but planned to do so over the coming days.

When they announced their dream development to the Otago Daily Times in 2005, the high country farmers and passionate golfers were looking forward to implementing their family succession plan and sharing the amenity of their lakeside high country station with the public.

Mrs McRae said she was playing golf yesterday when her husband phoned her with the news and found it difficult to concentrate on her game.

"It is not just about the golf. It is a wonderful place for golf but it is also a wonderful opportunity to share a public amenity," she said.

Since the consent process started, the Jacks Point and Michael Hill courses near Queenstown have been completed and several large international and national tournaments, such as the men's and women's senior tournaments, have been hosted in the district.

Mrs McRae said she believed the Parkins Bay resort would complement the growth of events and sports in the district and provide something for everyone, whether they were into water sports, cycling, walking or just wanting to enjoy eating at a lakefront restaurant without any roads in front of it.

Now the couple plan to take stock of their situation.

"We will have to have a catch-up with [golf course designer and project manager] John Darby and our lawyers and get all the agreements in place. It is very exciting for John Darby as well. We are very pleased for him and his business, too. He has been very good to us," Mr McRae said.

The McRaes have declined to say how much the project would cost the joint venture company formed to do the development.

A real estate source, who declined to be named, told the Otago Daily Times yesterday when the houses had been completed, they would have a total rateable value "in excess of $100 million", while the construction of the golf club house and other amenities would be "over $15 million".

One of the appellants, Upper Clutha Environmental Society president Julian Haworth, said yesterday he was disappointed the 42 luxury homes had gained consent.

"At least the society's appeal has resulted in much better public access at Glendhu Bay and somewhat reduced adverse effects, but overall this is an outcome that weakens the protection of landscapes under the district plan," he said.

The story so far: