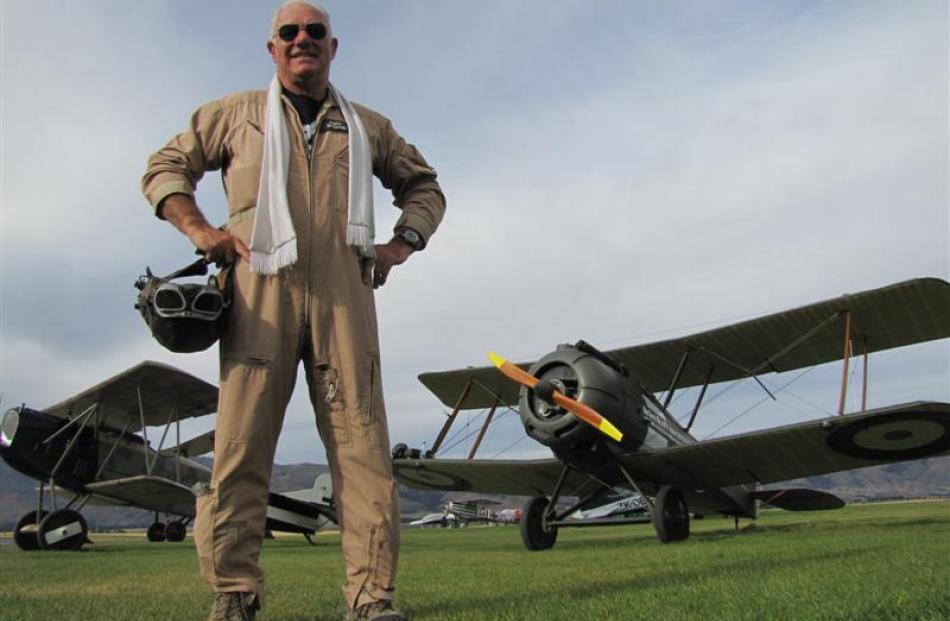 Six World War 1 replica biplanes and triplanes are now in Wanaka, being prepared for a mock battle leading up to the Warbirds Over Wanaka Airshow at Easter.

The planes are from the Vintage Aviator Company based in Blenheim and owned by film director Sir Peter Jackson.

Their trip south for a free show over Lake Wanaka on Good Friday is being funded by the Lottery Grants Board to mark 100 years since the beginning of World War 1.

One of the pilots, Keith Skilling, of Katikati, flying a German Fokker DVII, said he grew up on the Taieri where his father, Hugh, was chief flying instructor for the Otago Aero Club.

Now, after 35 years with Air New Zealand, he has just retired from captaining Boeing 777s.

He said the planes had ''not missed a beat'' during the flight.

Group leader Gene De Marco said they had flown the planes south early to take advantage of a spell of calm weather.

The flight took five and a-half hours at 70 knots, with half a dozen stops for fuel.

The pilots returned to the North Island last night but will be back in the week leading up to the show to practise for a mock dogfight over Lake Wanaka on Good Friday.