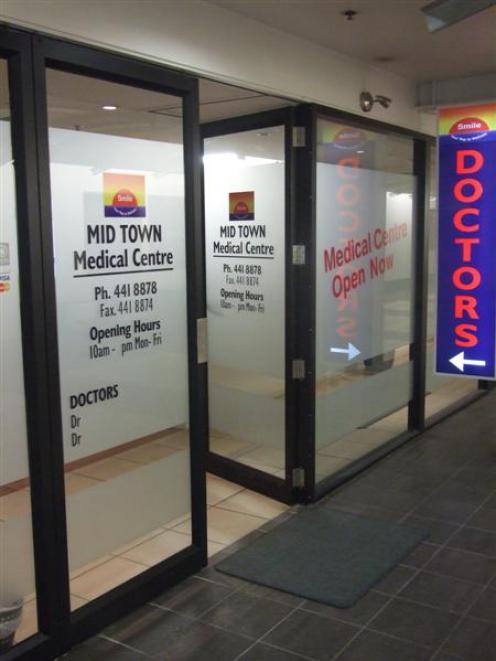 "On a scale of one to 10, that would be about an eight I suppose.

"Also, it is early, so we get a lot of walk-ins in the afternoon," Mr Roberts said.

Dr McKinnon said he had "no immediate plans" to return to the centre.

Mr Roberts was unable to put a figure on how many patients the medical centre had lost in the past month.

"I've got no idea how many.

"I'm sure that we would have lost some in all this nonsense ... but so far we haven't had any negative feedback from the people coming in."

An agency doctor from Wellington, Dr Chitra Karunanidhi, is filling in this week before she is replaced by Dr Graham Jackson from Auckland, who will be with the practice until August.

"We're happy to be kicking on and the patients are glad that we're kicking on again as well, just here providing ... reasonable healthcare," Mr Roberts said.