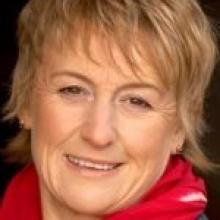 Vanessa van Uden
Queenstown Lakes Mayor Vanessa van Uden has cracked down on the Queenstown Airport Corporation, leading a move to change its statement of intent - one of the documents that allowed the QAC board to sell shares secretly to Auckland Airport last year.

The new statement, containing amendments to the version the corporation submitted to the council, was approved by the council this week. Among other things, the changes mean the QAC cannot issue shares without council approval.

"I would like to think it's been a learning curve for the board of the QAC," Ms van Uden said of the last year's events.

Last year's $27.7 million deal, in which the QAC created and sold a 24.99% new shareholding to Auckland Airport, started a nine-month legal saga, the after-effects of which are still unfolding with planned dividend returns to the QLDC.

Statement of intents are renewed every three years for the QLDC-controlled organisations, such as the Queenstown Airport Corporation, consenting authority Lakes Environmental and Lakes Leisure, which oversees sportsfields and facilities.

Due to the wording of the QAC's previous statement and constitution, the sale was able to go ahead without the knowledge of the council, which is its only shareholder.

Following the original clause, Ms van Uden's new text follows: "that are able to be funded within existing resources, do not add to the risk profile of the business and do not compromise the core airport operations"

The mayor's changes also include provisions so that no new shares in the company can be assessed without the consent of shareholders, who must also be consulted before any investment is made in other entities.

Cr Cath Gilmour was vocal in asking for a no-secrets clause, especially since statements of intent approved both for Lakes Environmental and Lakes Leisure in the same meeting included the clause.

"I think especially the no-surprises rule, considering what happened last year, is quite important."

However, the statement was passed without the clause, with Cr Gilmour the only council member voting in opposition.

QAC's new constitution comes before the council this month.