Speaking up for horse riders 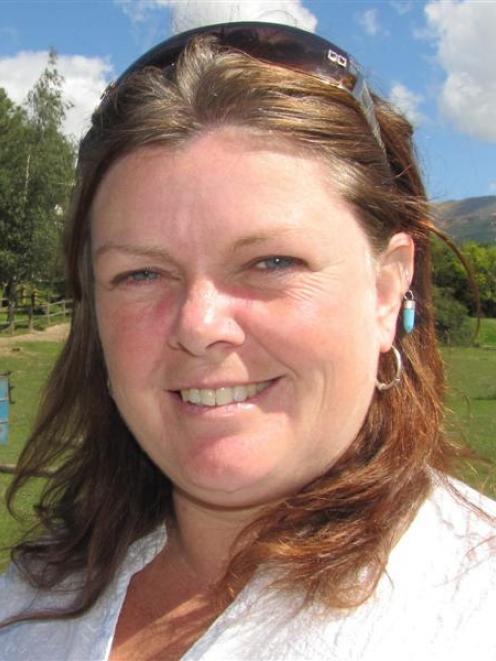 Vicki Bonham-Hoskin
Horse owners and riders in the Wakatipu say they have been overlooked concerning access to tracks around the region and have met representatives from the Queenstown Lakes District Council, the Department of Conservation and Wakatipu Trails Trust to solve the problem.

"It was a very successful meeting, where the different groups expressed their point of view. I think we found some common ground, so we can move forward," spokeswoman Vicki Bonham-Hoskin, of Arrowtown, said.

Mrs Bonham-Hoskin is a horse owner and founder of the horse rehabilitation organisation Spirit of Equus.

She has been one of the driving forces behind the group of 18 horse riders who attended the meeting as representatives of the more than 300 horse riders in the Wakatipu.

She said the riders were mostly concerned about safety.

"When we cannot ride on the tracks, we are forced to ride along the roads. With the increasing traffic in the region, it is getting more and more dangerous, especially for children or inexperienced riders."

The riders were not expecting to be able to ride on the actual gravel pathways of newly established tracks such as the Lake Hayes circuit track or the walkway along the Arrow River, but would prefer to ride on a simple dirt track or grass border along the tracks.

"The main thing for us is access to places to ride. In many places, we are being denied access where people have been riding for generations. We are not expecting expensive new trails, just to be able to ride along existing and new trails.

"It had seemed as though the council and the Wakatipu Trails Trust was only focusing on `boutique' trails with facilities for walkers, but they have promised to cater for all non-motorised traffic.

We might be a minority, but in an area promoting semi-rural living and an active lifestyle, horse riders should have rights as well as other groups," Mrs Bonham-Hoskin said.

Wakatipu Trails Trust chief executive Kaye Parker was also happy with the meeting, and said she and others who attended learned a lot from it.

"All our trustees do a lot of work for our trail network on a volunteer basis, and we have two trustees on the board who represent the horse riders.

"We will continue our commitment to create and maintain great trails in the area for all users, including horse riders," Ms Parker said.