Spick and span for the big day 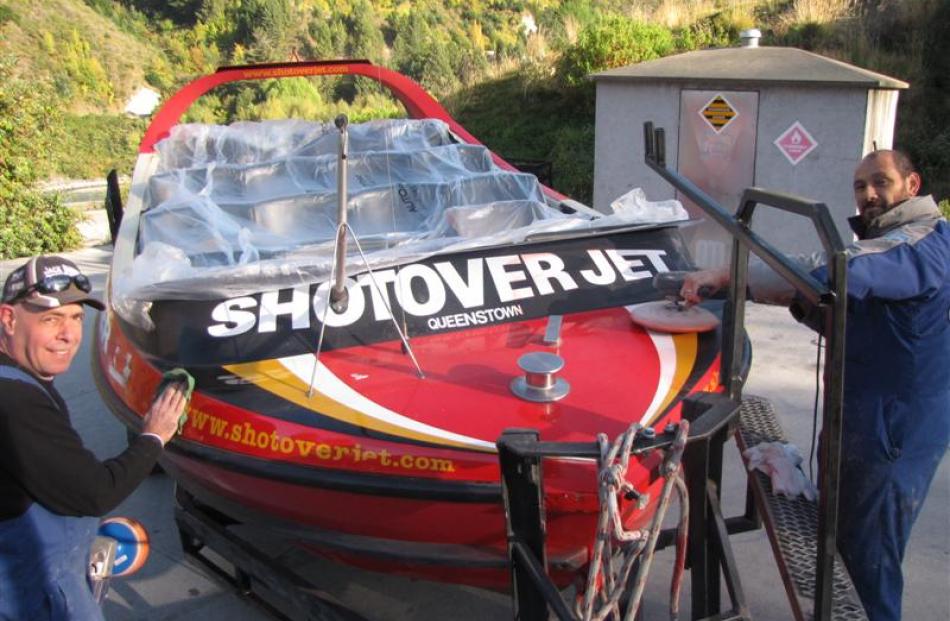 Dave Moore (left) and Shane Tynan, of Vincent Holdings in Alexandra, give one of the Shotover Jet fleet some TLC yesterday in preparation of the Royal visit tomorrow. 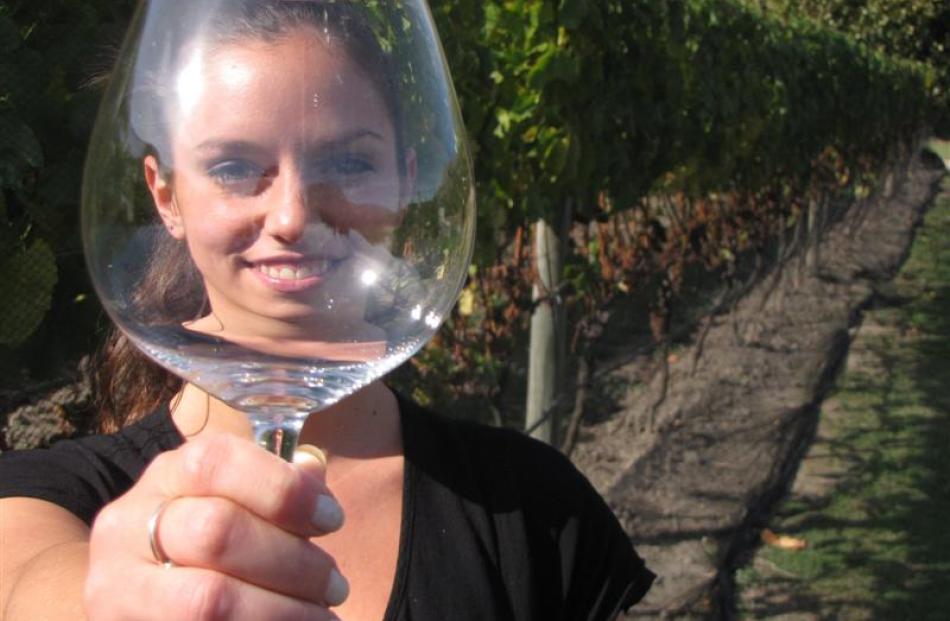 Raising a glass at Amisfield yesterday is bistro waitress Natasha Hoarau. The Lake Hayes winery and restaurant was a hive of activity yesterday as staff prepared for a visit by the Duke and Duchess of Cambridge. Photos by Tracey Roxburgh. 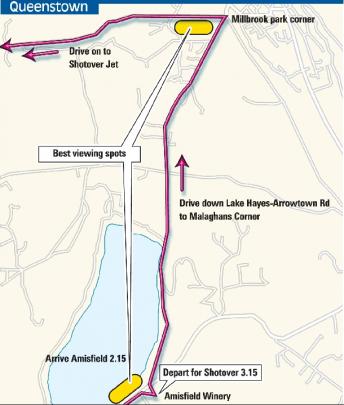 The glasses are polished, the menu decided, the lawns have been cut and the boat has been shined.

It's official: Queenstown is ready for the Royals.

Tomorrow afternoon the Duke and Duchess of Cambridge will arrive in the resort from Dunedin on a Royal New Zealand Air Force 757.

Landing at Queenstown Airport, the couple will probably be greeted with overcast skies and a brisk temperature of 14degC, along with Queenstown Lakes Mayor Vanessa van Uden.

They will quickly make their way to Amisfield Winery, where they will be met by about 150 invited guests including Central Otago wine growers, Amisfield staff and their families. There they will take part in a wine tasting showcasing some of the region's best wineries and different wine varieties.

Mr Dicey said it would be an ''absolute privilege'' to speak to Prince William about the region's wines.

''It's a fantastic opportunity and once-in-a-lifetime chance to have one-on-one time with William and talk him through our region's wines.

''I'm excited and a little nervous about the event, given the level of international interest surrounding their visit,'' he said.

Amisfield marketing manager Debbie Zampieri said the winery was ''really honoured'' to be involved in the Royal visit.

''We're really proud that we were given the opportunity to deliver a world-class event.''

After the event the couple will head directly to Shotover Jet, where they will be treated to a high-octane ride on the Shotover River.

Yesterday morning one of the boats was given some TLC and a high-powered polish was administered by Vincent Holdings' Dave Moore and Shane Tynan, of Alexandra.

Shotover Jet marketing manager Nigel Kerr said the company was helping present Queenstown to the world and it was important ''to look our best''.

The couple would be treated to a ''normal'' trip on the Shotover River, complete with 360-degree spins and a high-speed, hair-raising, scream-inducing ride through the canyons.

Staff were ''absolutely buzzing'' ahead of the couple's arrival.

''It's been a real lift for internal morale - people like to come to work and feel a bit of pride in what they're doing.''

Also at Shotover Jet will be a group of 15 pupils from Arrowtown School, selected across all age groups, one pupil for every decade the school has been open.

The children, who will be accompanied by teachers Janey Winders and Joelle Healey, were selected because Prince William was unable to visit the school in 2005. His programme had included a visit to the school but bad weather prevented his arrival in the resort.

It is understood the couple will spend the evening at Matakauri Lodge before leaving for Christchurch on Monday morning.

Royal schedule
Tomorrow
9.25am: Duke and Duchess of Cambridge arrive at Dunedin International Airport. Welcomed by Dunedin Mayor Dave Cull on the tarmac, who will, with Edward Ellison, of the local runanga, lead a powhiri.
10am: Arrive at Octagon and, after short welcome, climb steps to St Paul's cathedral for Palm Sunday service. Service not open to the public other than those invited.
11am: Service concludes. Royal couple may greet members of public if there is time before travelling to Forsyth Barr Stadium.

11.15am: Public drive to stadium.
At Forsyth Barr Stadium:Gates open to public at 9.45am.

Non-ticket holders on the day will be seated in Mitre 10 Mega Stand - entry Gate C.

Rippa rugby and entertainment commences at 10am and continues until about 1pm.

It is recommended everyone is seated by 11am.

Monday
10am: Fly to Christchurch.