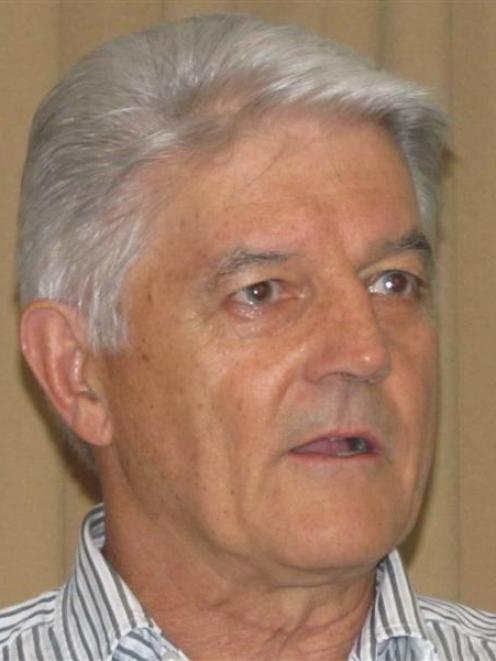 Trenz, or Tourism Rendezvous New Zealand, then the Holiday Parks Conference and Trade Exhibition followed by Conventions and Incentives New Zealand will all host trade gatherings in the resort, starting next month.

Trenz brings back more than 300 international travel buyers and 270 New Zealand exhibitors, including a significant representation from the Southern Lakes, plus 60 media delegates to the Queenstown Events Centre on Monday, May 7 to Thursday, May 10.

An increase in the number of buyers attending from emerging visitor markets such as Malaysia, Russia and Indonesia was positive, managing entity Tourism Industry Association New Zealand announced.

"It will help New Zealand tourism operators exhibiting at Trenz gain a foothold in what could be potentially lucrative markets for the future," association spokeswoman Ann-Marie Johnson, of Wellington, said.

Countries such as Indonesia, Brazil and Russia had large populations, expanding economies and fast-growing middle classes who were fuelling the demand for international travel, she said.

China was the largest and most mature of New Zealand's emerging visitor markets, reflected in the 47 buyers from China registered to attend this year's Trenz, up from 41 last year.

Up to nine Malaysian buyers were expected, more than double the 2011 number.

Visitor arrivals from Indonesia increased 22% in the year ending February 2012 to 11,824. Up to seven Indonesian travel buyers will attend, compared with none last year.

Three Russian buyers will attend, up from two in 2011. , Statistics New Zealand figures showed Russian visitor arrivals increased by 66% between 2007 and 2011 to 5112, with the majority holidaymakers, although Russia is not expected to become a major market for New Zealand due to the distance and lack of direct flights.

The next major tourism event to hit Queenstown will be the Holiday Parks Conference and Trade Exhibition held by Holiday Parks Association of New Zealand from June 19 to 21.

More than 300 delegates and exhibitors will attend the exhibition in the Millennium Hotel Queenstown, which was described as the foremost event for those involved in or supplying the holiday-park sector.

The Conventions and Incentives New Zealand (CINZ) conference will also be held in the Millennium Hotel, on November 7 and 8.

Up to 180 industry representatives from around the country were expected to participate in what was considered to be New Zealand's premier business tourism event.

The facility was "desperately needed" due to high demand from Australia as well as New Zealand.

The Ministry of Economic Development's latest annual Convention Delegates Survey showed the total number of convention delegates declined by 5% to 266,000 in the year ending June 2011, led by a fall in domestic delegates.

Total delegate spending from the 2528 conventions in 2010 in the 10 regions participating in the survey contributed more than $460 million to the economy.

Destination Queenstown convention bureau manager Kylie Brittain said this week the three trade events this year "means Queenstown is getting recognised more and more as a being a sought-after destination.

"We've got the capacity and the ability and the 'wow' factor that a lot of these events are looking for."

Ms Brittain said she encouraged Wakatipu operators to support the expos and welcome delegates, as well as act on opportunities and attend to keep up-to-date with the industry.