Work on roundabout to start soon 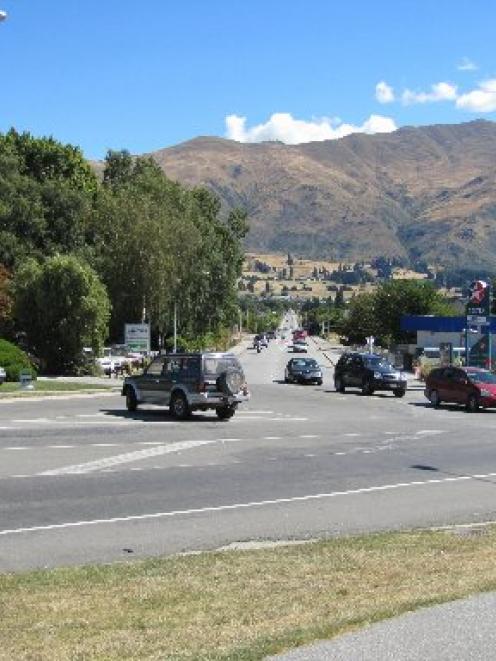 The intersection of Ardmore and Brownston Sts in Wanaka, looking down Brownston St. A roundabout will be built at the junction this year. Photo by Marjorie Cook.
Following several years of delays in the design process, preliminary work on Wanaka's much anticipated Ardmore-Brownston Sts roundabout is likely to begin in the next two weeks.

Queenstown Lakes District Council Wanaka project manager Rob Darby said the work would include renewing water and sewerage pipelines, which needed to be completed before the busy ski season. The pipes were 30 to 40 years old.

Building the roundabout would start after winter and be finished before the next summer holidays, Mr Darby said.

"One thing I can guarantee is we won't be digging up the existing road prior to winter ...

what we might do within this preliminary work is also start some of those bulk excavations either side of the road."

Mr Darby confirmed the QLDC and New Zealand Transport Agency (NZTA) had reached agreement on the roundabout design and NZTA would contribute about 53% of the $630,000 cost of the project.

Final sign-off was still needed from "some major stakeholders neighbouring the roundabout", but that was expected to be completed early next week.

Concerns about access to commercial premises have complicated the design process since the roundabout plans were approved by the Wanaka Community Board in early 2010, as part of a much larger $12 million Wanaka transport improvement project.

The roundabout was part of a plan to ease traffic congestion at the Ardmore-Brownston Sts intersection conceived by the council in 2006.