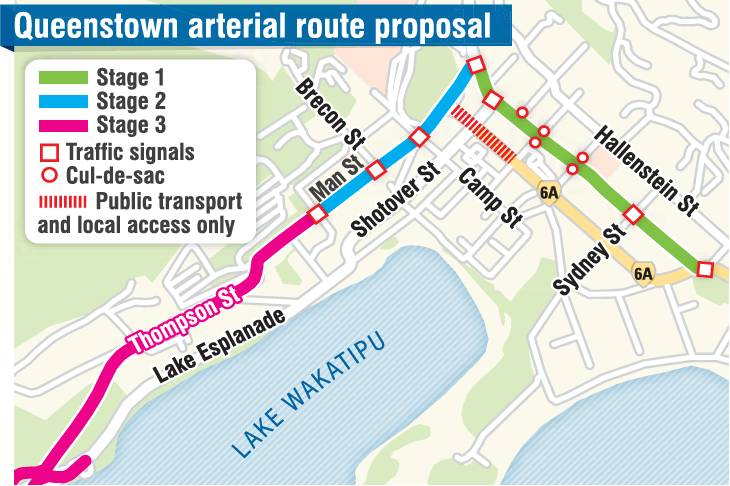 A long-mooted arterial route for Queenstown has been approved for a fast-tracked consent and work could start on the multi million-dollar project before the end of the year.

Jim Boult. Photo: ODT files
The arterial route has been talked about since at least the early 1990s.

Mr Boult said consent could be granted "in a couple of months’’ and work would "definitely’’ be under way by year-end.

Last year the Government announced it would contribute $50 million to the first stage of the three-stage project — providing a link from Melbourne St to, essentially, Shotover St, taking pressure off Frankton Rd.

The total cost of the project is estimated to be at least $150 million.

The completed road will link to the Queenstown-Glenorchy Rd intersection, bypassing the CBD and reducing congestion.

"This project will help future-proof the city and contribute to a much safer, more climate-friendly transport network,’’ he said.

It would include cycling and walking connections. 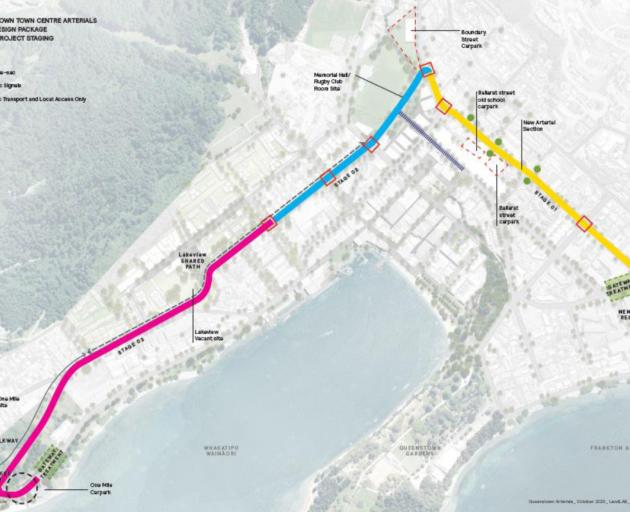 The arterial route will be built in three stages. Photo: Supplied

The second stage would require the demolition of the Queenstown Memorial Centre, which also houses the resort’s Returned and Services’ Association, the Queenstown Squash Club and the Wakatipu Rugby Club.

Consultation had already started with users but in respect of the memorial centre, Mr Boult said it "will not see a bulldozer until we have a replacement built’’.

Mr Parker said the project met the requirements under the fast-track consenting process by getting people into jobs, supporting the transition to low emissions and boosting local economies.

The Covid-19 Recovery (Fast-track Consenting) Act 2020 was one of the Government's levers to boost employment and speed up infrastructure development in response to the economic impacts of Covid-19.

The decision took 67 working days from the time the application was lodged with the Environmental Protection Authority, which was significantly faster than the time it took for a similar consent under the Resource Management Act consenting process.