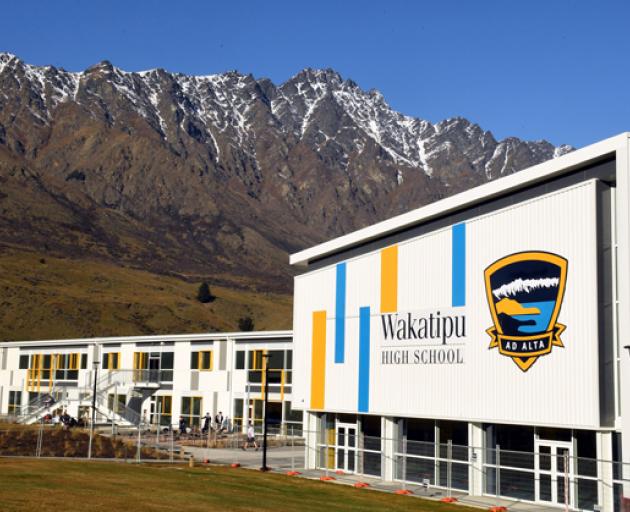 The Queenstown school only moved to its Remarkables Park campus early last year, but is already likely to reach its 1200-student capacity by 2021.

The Phase 2 extension had been part of the masterplan, but the school had to push hard to get it approved, principal Steve Hall says.

"We're really, really pleased, 'cos we are just continuing to grow.

"We feel that if this goes ahead on time that we'll just be staying ahead of the curve."

The school will extend to the east, in two wings, the gym doubles in size and a mini-theatre will be added.

"We're really pleased with the design of the second phase," Hall says.

Had Phase 2 not been approved, "we'd be like lots of other schools in the country that are teaching classes in their libraries, in their gyms, in their staffrooms".

Hall's heard the extension will be built under the same ‘Public Private Partnership' model used for Phase 1, under which Ministry of Education engages a private partner to design, finance, build and maintain a school.

"We understand [MoE] is talking with contractors, and they're about to go to tender.

"We are just going to live in a construction site for a while, so it will be interesting to see what that looks like."

Looking ahead, he says Phase 2 "keeps us going for quite a while, but as you can imagine, with our growth, it's not forever".

So there could be a need for another high school?

"They've said at some point that's potentially what will happen."