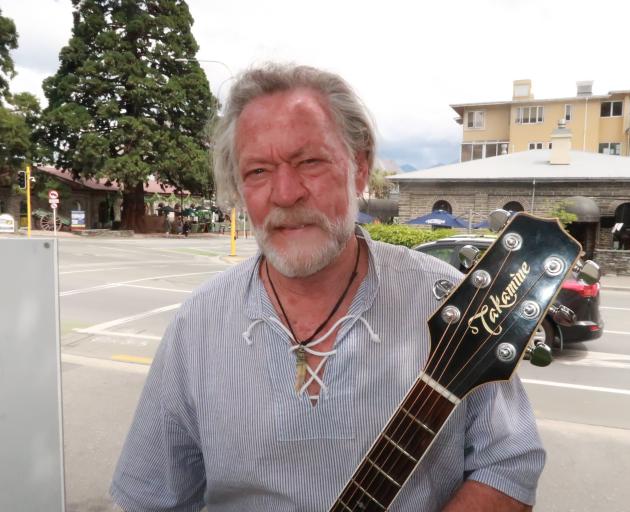 Noel Coutts will play his song, 29 Ghosts, at today’s Pike River commemoration. PHOTO: PHOTO: PHILIP CHANDLER
A veteran Queenstown musician is lending his voice to today’s commemoration of the 10th anniversary of the Pike River Mine explosion that killed 29 workers.

Singer-songwriter Noel Coutts is performing his song, 29 Ghosts, at Parliament, in Wellington, before Prime Minister Jacinda Ardern, other dignitaries and some of the deceased’s family members.

The 72-year-old wrote the song a few years ago at the prompting of his good friend Rick Durbridge, who lost a son, Daniel Herk, in the West Coast disaster.

Coutts befriended Durbridge before then, when he was living in a classic old boat in Wellington’s Chaffers Marina.

"‘Rowdy’ had a boat there that had run around or something and he was getting it sorted out.

"Then whenever I played on the Coast he’d come to my gig."

The idea for the song came when they were chatting about the tragedy over "tears and beers".

"It tells the story, I suppose," Coutts says.

Mr Durbridge, who has called it "the official song" of Pike River, made a recording of it when down in Queenstown that has been played the odd time, including at another ceremony the Prime Minister attended.

Coutts has also played it with a band on the Coast.

"I didn’t put it out because I didn’t want to be sort of cashing in on other people’s grief."

Now semi-retired, he calls it a privilege to have been asked to perform at today’s commemoration.