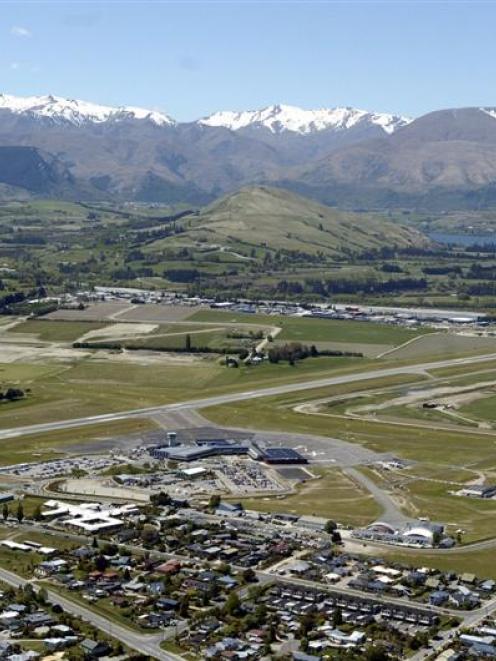 Transpower New Zealand is worried Queenstown Airport's proposal to extend flight fans - the airspace where aeroplanes take off and land - can interfere with its ability to maintain powerlines.


After giving a notice of requirement to alter a designation for airport approach and land use in March, Queenstown International Airport received six submissions from private landowners, developers and TransPower.

TransPower opposed the notice because it was concerned QAC's new designation could interfere with its own designation for land use for powerlines, its ability to maintain and upgrade 1km of the Cromwell Frankton A 110kV transmission line and five towers, which are under the proposed fan.

Its submission seeks confirmation the designation will not interfere with TransPower's Frankton substation, which has a designation under the district plan.

If the notice is accepted, TransPower also wants to ensure any work on existing assets are exempt from requirements to notify QAC.

Other landowners and developers who submitted were also worried that QAC will limit their ability to build on their properties.

The assessment of the land under the extended fans by Lakes Environmental planner Tim Williams was that the "only land potentially affected by the proposed changes is the land that forms part of the Remarkables Park special zone".

Beyond the special zone, "no building or structure could be affected without . . . breaching the underlying zone provision".

This includes TransPower's pylons and structures which do not breach the slope of the flight fans "although one is very close to it".

In one of two submissions supporting the proposal, property owners Warwick Goldsmith and Jackie Gillies expressed the opinion the new curved crosswind approach and departure path would be a "safer alternative to the existing original flight fan", which they thought should be scrapped along with the new designation.

Mr Williams' report stated QAC's intention was not to prohibit buildings below the fan - just stop buildings infringing it.

The two residential areas will also fall under the new flight fans: a small section of Kelvin Heights along the lake front and a portion of the high-density residential area along Frankton Rd.

QAC's notice of designation will be heard in a resource consent hearing set for June 30.