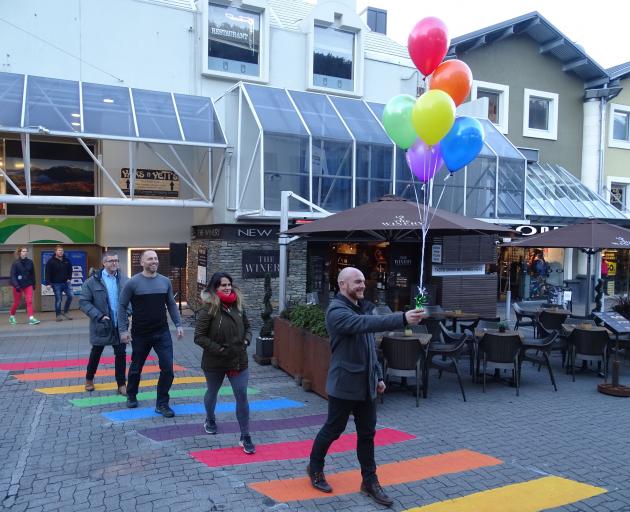 Winter Pride directors Mike Hughes and Martin King said they had wanted a rainbow crossing for some time, but at the Queenstown Winter Festival launch in April they spoke to Fluid designer Bex Coutts, who told them about the Beach St art precinct the company had consent for.

Mr Hughes said to get consent for such a crossing anywhere else would be ''almost impossible''.

It was the first of its kind in New Zealand and had been partially funded by the Queenstown Lakes District Council, which paid for the paint.

''There is a lot of desire to do this [elsewhere] but I think there's also a lot of reservation about maybe [getting] flak that people might get from doing it,'' Mr King said.

''It's something we've always wanted to do but we've been able to do it in Queenstown, as a New Zealand first, and I think that's wicked.

''Queenstown is coming of age and wanting to be a more progressive and inclusive town, where we really welcome anyone and everyone, not just as a tourist ... but into our community as it grows.''

Mr Hughes said one important aspect of the new crossing was that it would give the LGBTTQI+, or rainbow, community ''more visibility in a safe and respectful way''.

Last night the men also launched the Queenstown Pride Pledge, another New Zealand first, which encouraged residents and businesses to take a pledge to support the rainbow community having the freedom to be safe, healthy and visible, by supporting and encouraging tolerance, love, diversity and inclusion.

The patron of the pledge was announced as the Queenstown Lakes' first lady, Karen Boult. 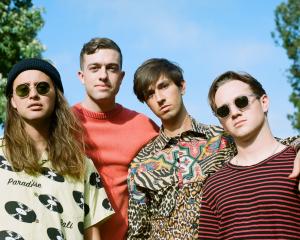 Actually we have had a rainbow pedestrian crossing in Paekakariki several times in the past few years - just not officially. "There's nothing new under the sun" - especially not a rainbow.