'A soulmate, father and a friend': Family grieves fisherman 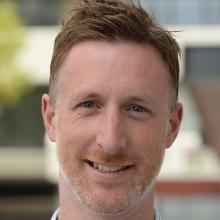 Martin Suttie
The family of a Dunedin fisherman whose body was found in Lake Wakatipu yesterday say they are mourning the loss of "a son, a brother, a soulmate, a father and a friend".

Martin Suttie (37) was reported missing after fishing at Lake Wakatipu on Sunday.

This morning Mr Suttie's family issued a statement through police.

"On Sunday we lost a son, a brother, a soulmate, a father and a friend. We’ve all felt truly bonded by the shared love we all had for Martin, he touched countless people’s lives.

"All of us that love Martin would like to extend our deepest gratitude and heartfelt appreciation to the team of New Zealand Police, and New Zealand Navy that treated Martin and his family, children and friends with such genuine respect, dignity and kindness, we can never, ever thank you all enough."

Detective Senior Sergeant Miriam Chittenden said today there would be a private blessing at Lake Wakatipu.

"Since Martin went missing there has been a concerted effort from the Police National Dive Squad, the New Zealand Navy, LandSAR volunteers, and Dart River Jet staff to find Martin and provide some answers for his friends and family," Det Chittenden said.

Police continued to offer support to the family and friends of Mr Suttie.

Yesterday marked the fifth day of the search after Mr Suttie was reported missing about 3.20pm on Sunday while fishing south of Glenorchy.

About eight police officers were seen searching the area around the mouth of the Buckler Burn Stream on Wednesday.

A team of 10 dive specialists from HMNZS Matataua joined the national police dive squad that morning.

A police statement on Wednesday said remote-operated and autonomous underwater vehicles would be used yesterday.

The death will be referred to the coroner.

A family member contacted after police confirmed Mr Suttie’s identity declined to speak to the media.