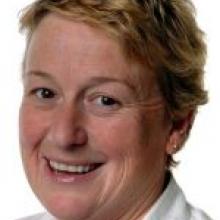 A judicial review of actions by the Queenstown Community Strategic Asset Group and Air New Zealand was to have been heard in the High Court over five days in Queenstown from Monday.

"It has become clear as we prepared for the case that this would be a long and expensive battle which could cost several million dollars for all involved, including the Queenstown community," Mr Thompson said. This would have long-term disadvantage for "everyone".

"When AIAL agreed that it would cancel the option to increase its shareholding of QAC to 30-35%, we began to look at ways we could turn the situation around for the benefit of everyone involved.

"By AIAL keeping its shareholding at 24.99%, many of the concerns we had about its involvement and as a competitor to Queenstown Airport were mitigated."

Ms van Uden said yesterday the withdrawal allowed the council to engage the community about the future of the airport, an aim "parked" because of the litigation.

The council planned a comprehensive strategic review of airport assets in the Queenstown Lakes district, which would include economic, social and environmental considerations.

The council had also started a full review of the QAC constitution. The review would form part of a larger body of work around reviewing governance and shareholding arrangements with all council-controlled organisations.

Former QAC chairman Mark Taylor said now litigation had been dropped, the mayor would no longer be able to avoid answering the question what benefits the community had gained from his removal.

The council also hoped the Office of the Auditor-general would start an independent review of the process around the Queenstown Airport issue of shares.

QAC and AIAL announced their "strategic alliance" in July last year, with Queenstown Airport creating and selling 24.99% new shareholding to Auckland Airport for $27.7 million in a deal only made public after it had been finalised. The judicial review sought to overturn the deal.