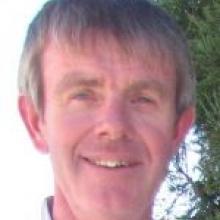 Stewart Burns
Councils across Otago seem about to increase their rates more than forecast to offset the cost of a rise in GST.

The 2.5% increase in GST, taking the rate to 15%, was among Budget announcements unveiled earlier this month, and will come into force from October 1.

Council staff contacted by the Otago Daily Times this week all said they were planning to recommend increasing rates, which would be considered by councillors over the next few weeks.

Some fees and charges also appear about to rise, while other cost increases, such as parking fees, would be absorbed.

Queenstown Lakes District Council finance manager Stewart Burns said his "provisional thinking" was that the council's quarterly rates invoices should be issued exclusive of GST, and then adjusted each quarter.

That meant rates invoices would have a small increase for much of the year, with a GST component of 12.5% for the first quarter and 15% for all subsequent quarters, he said.

Changes to some fees and charges, such as $2 parking fees, could be absorbed.

Council-controlled organisations, such as Lakes Leisure and Lakes Environmental, were also considering their costs, but "the message I'm getting is the increases will largely be absorbed", he said.

Hearings for the council's 2010-11 annual plan would be held next week, and a decision on GST changes made when councillors met to adopt the plan on June 29.

Clutha District Council chief executive Charles Hakkaart said the GST component of the council's quarterly invoices was also likely to be adjusted, with 12.5% GST for the first quarter and 15% for subsequent quarters.

However, ratepayers paying their full year's bill would receive a 2.5% discount, and would pay the entire year's rates at the existing GST rate of 12.5%, he said.

"The two added together might make it worthwhile for people to start thinking about that," he said.

The council's forecast average rates increase of 3.66% had not been adjusted to reflect the changes, which would be considered when councillors met to adopt their 2010-11 annual plan on June 24.

Waitaki District Council financial services manager Paul Hope said two rates invoices would be issued before October 1, with GST at 12.5%, and two after the Government's change was introduced, with GST at 15%.

Anyone paying their full year's bill would also pay GST at 12.5% rate, he said.

The council's forecast 1.8% average rates increase had not been adjusted, but the effect would be a "smallish" increase - of about $20 in the year - for the average residential customer paying quarterly, he said.

Some fees and charges would need to increase, while others could be absorbed, subject to approval when councillors met to adopt their 2010-11 annual plan on Monday.

Central Otago District Council accountant Karen McCarthy said rates, fees and charges would be amended, with 12.5% GST applied to invoices before October 1 and 15% GST to all rates and water charges after October 1.

Any changes would be confirmed when councillors met to adopt their annual plan on June 25, and staff were still considering whether to increase other fees and charges, she said.

Otago Regional Council corporate services director Wayne Scott said the council only issued one rates invoice each year, in August, and its GST component would be 12.5% this year.

However, some "really minor" increases to fees and charges would have to be passed on, he said.

The changes would be confirmed when the council adopted its 2010-11 annual plan on June 23.