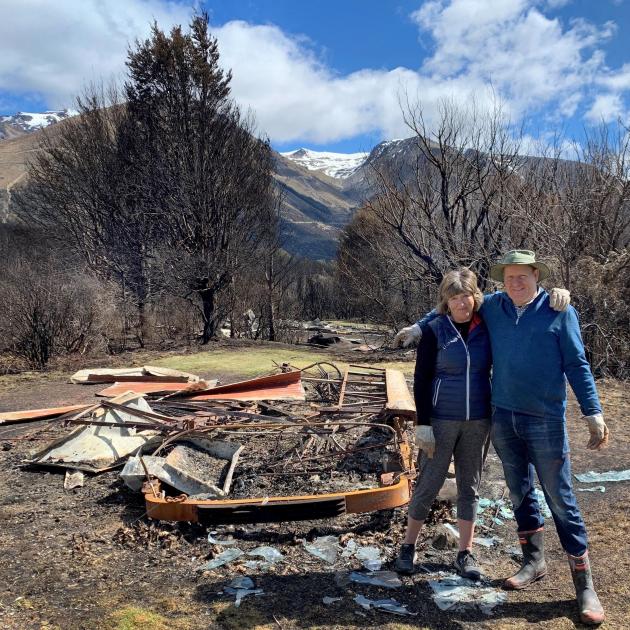 Michael Barker and wife Brigitte Barker at the remains of their family’s historic tram, following the Ohau fire. PHOTO: SUPPLIED
An historic Christchurch tram converted into a cherished family getaway was one of the casualties of the devastating Lake Ohau fire.

Monday marks the first anniversary of the blaze, which des troyed 48 houses and scarred the pristine landscape.

One of the structures reduced to ash was a tram owned by the Barker family of Geraldine.

Speaking for the first time about the traumatic loss, Michael Barker said losing the tram was a ‘‘four-generational family tragedy’’. 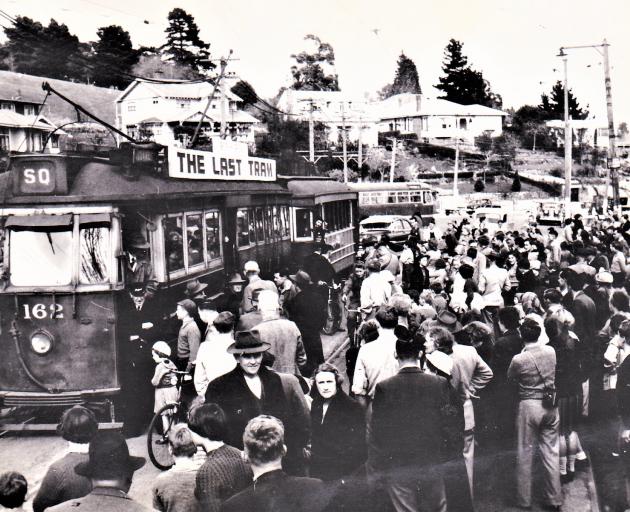 The tram carriage was used during the final tram service in Christchurch in the early 1950s. PHOTO: SUPPLIED
‘‘It’s full of memories for us,’’ he said.

He and his family were in the North Island when they heard news of the fire on the radio.

They got permission to go through the checkpoint to see the site when they returned, so they could clear debris from the area.

Metal fittings were all that was left. The family returned them to the Christchurch Tram ways Historical Society. The Number 201 tram went into service in Christchurch in 1921. The city once had an extensive tram network, but by the early 1950s few routes were still in service.

The final tram services in Christchurch finished on the evening of September 10 1954, and the next day there was a ceremonial last tram service.

The Barker tram was a tram trailer and was pulled behind one of the two trams used in the service. It was then sold to a Mr A. Wagner for about £30, before being acquired by Anthony Barker a few years later.

He took it to his Alfa Downs Farm near Hanging Rock, Pleasant Point where he, assisted by his father Michael, refitted it with two bunks, a kitchen, wet back stove, hot-water cylinder and shower as a holiday bach. He carted it to what was then Shelton Downs Station, Lake Ohau, where it sat for 63 years. 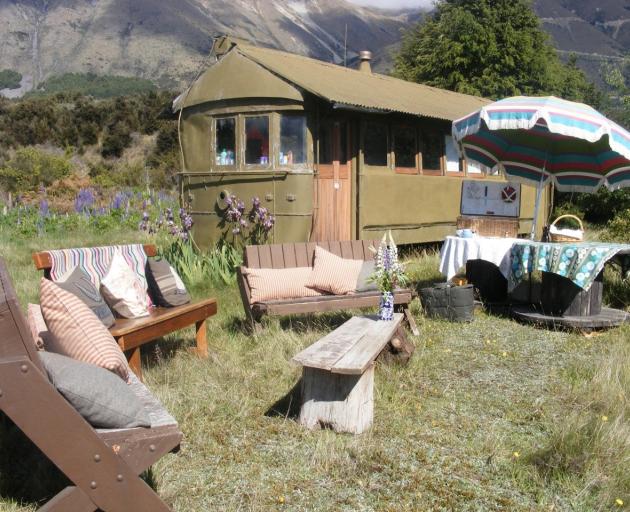 The historic tram served as a rustic getaway for generations of the Barker family at Ohau. PHOTO: SUPPLIED
The leasehold land later became Department of Conservation (Doc) land. After the fire, Doc declined the family’s request to rebuild on the site.

‘‘That was sort of the end of the dream,’’ Mr Barker said. Doc Eastern South Island operations director Nicola Toki said Doc understood the deep connection to an area that people developed over time, and the fond memories the location and the bach would hold for the family.

‘‘However, Doc is bound by our legislative and statutory frameworks in how we manage public conservation land,’’ she said.

The Canterbury (Waitaha) Conservation Management Strategy 2016 stated that Doc should not authorise the repair or replacement of private accommodation built on public land when a building became untenable due to damage by an event such as fire or flood.