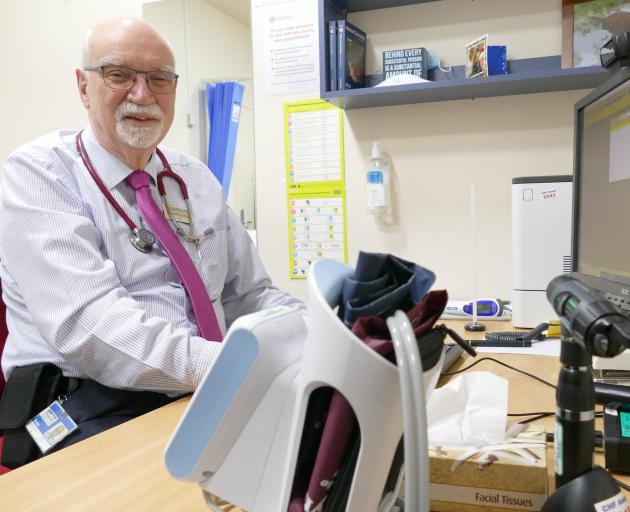 Dr Branko Sijnja has been named recipient of the Peter Snow Memorial Award for 2022.

Dr Sijnja (75) has been a GP in Balclutha since 1980, and retires from his role as Director of the Rural Medical Immersion Programme (RMIP) at Otago School of Medicine — his alma mater — next week.

He said the award was acknowledgement of the hard work of the wider South Otago public in establishing Balclutha integrated community health facility Clutha Health First, after the town’s hospital was earmarked for closure during the 1990s.

It also marked his work with the university for the past 14 years, during which time he estimated the RMIP had guided more than 200 medical students through immersive rural medical training.

"In 1992 we could see the future was limited for the hospital here, so in what was really a whole-community effort we worked to protest that situation, including marching in Dunedin, where pretty much the whole of Balclutha turned out and was covered on national television.

"The result of those efforts was the opening of Clutha Health First in 1998, where I’ve been part of the general practice team ever since."

Dr Sijnja said his own immersion in rural practice had been immensely rewarding, and was a path he would willingly tread again.

"As our students find out, working in rural practice allows you to work across multiple disciplines with continual variety. Medicine is a practical exercise at the end of the day, and you learn and improve through doing."

"Dr Farry founded the programme in 2008 but, when he died the following year, we were afraid it might die with him.

"Fortunately we’ve managed to bring it from strength to strength since that time, and the programme now operates across seven centres nationwide."

The 75-year-old practitioner said working with students helped him stay young at heart.

"I did want to be a bus driver as a boy but, after 48 years in rural medicine, I wouldn’t do anything differently."

Dr Sijnja said he had no plans to retire from general practice, and would continue to work three days a week in Balclutha.

He will receive his award at a ceremony in Wellington this September.