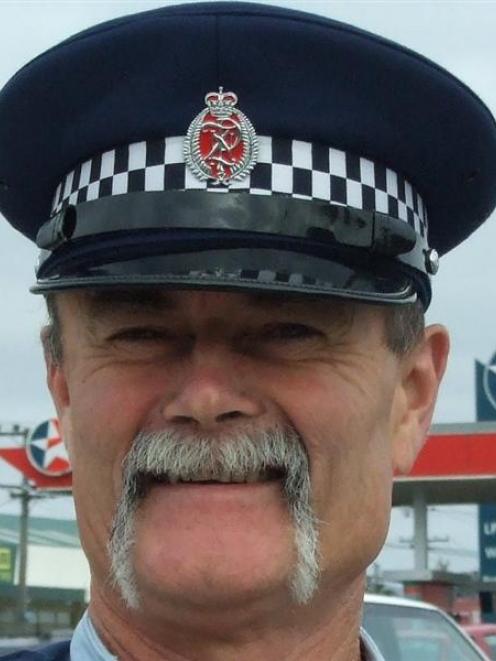 Tom Taylor
Clutha police are warning residents to be wary of a group of ''con-artists'' believed to be travelling down the South Island.

Community Constable Tom Taylor, of Balclutha, said the ''bitumen bandits'' were a group of con-artists who scammed senior citizens out of their money in return for ''shonky work at exorbitant prices''.

They were particularly known for bitumen-sealing driveways, although their services included roof maintenance and tree-pruning.

''The workmanship is non-existent and the material is very sub-standard, such as using water-based emulsion instead of bitumen, which leads to the driveway [sealed] disintegrating within two days of the work being completed.''

The latest group comprise three Australians, one believed to have an American-type accent.

Snr Const Taylor said in a recent case near Hamilton, a woman was approached by two men who offered to seal her driveway for $6000.

They got to work immediately but when they left the property she saw tar sprayed on the grass and noticed the driveway had an uneven and dangerous surface. She was charged nearly $7000 for two hours' work.

He said the woman had paid by cheque and was handed an unsigned invoice with no physical address, no GST number and a crossed-out phone number which apparently belonged to an Australian mobile phone. The number appeared to be out of service.

''After calling two reputable Hamilton asphalt companies to check the quality of the work, the woman cancelled the cheque, but the driveway duo returned and demanded payment. Feeling pressured, she gave them $2500.''

Snr Const Taylor advised residents approached by people representing a company they did not know offering to seal driveways, prune trees or paint houses to ''get rid of them as fast as you can'' and give themselves time to think about the offer.

He also suggested asking for references and identification, and contacting other companies for quotes.

Anyone unfortunate enough to be scammed and who wanted to take action should be aware that in most cases it would not be a criminal matter to be dealt with by police but by the Disputes Tribunal, as a civil matter.