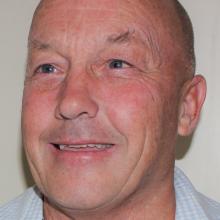 Bryan Cadogan.
The Clutha District Council is having a second go at selling forestry land in the hopes it will prove more economically fruitful.

More than 456ha of council-owned forestry land was put on the market last week, after it was decided in November last year to dispose of the ''unclassified'' assets.

Clutha Mayor Bryan Cadogan said the decision to sell the land was debated extensively but there was ''a strong support among the council'' for the direction it was taking now.

Council chief executive Steve Hill said a property portfolio review analysed every property asset owned by the council to determine whether it would be more economical to lease or sell the land.

It was determined not to be strategic for the council to continue to own the forestry land.

''We just haven't got the staff to take all the decisions and tender them [the properties] out,'' Mr Hill said.

There are several pieces of forestry land for sale throughout the district, in locations such as Heriot, Tapanui, Port Molyneux, Kaitangata and Milton.

He said the council had tried to dispose of the ''entirety'' of the land in a tendering process but this was not successful.

Mr Cadogan believed past forestry sales had ''woefully under-performed'' and he was keen to get it right in the best interests of the ratepayer.

''We didn't have to accept all tenders but it was at that point the council actually intervened.''

Both Mr Hill and Mr Cadogan said the council wanted more information on the land and investigated all assets owned by the council.

Mr Cadogan said the council had now ''tidied up'' its entire portfolio.

The forestry land could be purchased in separate blocks or as a whole.

Mr Cadogan said this was the first time he had sold forestry and on the advice given to him it was ''very desirable''.