Otago endowment land once earmarked for protection was passed over by the Department of Conservation due to its low conservation value, the department says.
However, the Otago Regional Council is seeking an ecological assessment of the 50ha block of forested land at Kuriwao, next to the Catlins Forest Park, in South Otago, ahead of its potential sale. 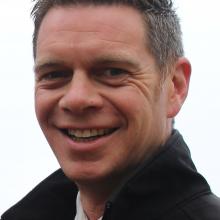 Doc operations manager John McCarroll told the Otago Daily Times a site visit and assessment was conducted in February last year.
The ecological or conservation values of the land were found to be low, so a land transfer was not pursued with the council, he said.
Meanwhile, at the end of September, regional councillors asked staff to seek an updated ecological assessment and valuation of the land.
A council staff report presented at the September council meeting said the Kuriwao endowment land was vested in the council in 1994.
After the parcel was subsequently subdivided, and the majority sold, the remaining block was intended to be transferred to Doc for inclusion in the Catlins Forest Park, the report said.
However, council staff had been advised the department was not interested in the land, the transfer to the department had not taken place, and the surplus land remained in the council’s name, it said.
At the meeting, council chairman Andrew Noone said the possible sale raised by the report to councillors had created some interest and ‘‘email dialogue’’.
A follow-up official information request by the ODT showed Cr Gretchen Robertson had questioned council staff about the land ahead of the meeting.
Cr Robertson later said she had felt the council needed to pause.
However, she was comfortable with the process the council had undertaken at the meeting.
The land was deemed to be of high enough conservation value for it to have been considered for addition to the Catlins Forest Park in the past, Cr Robertson said.
The council managed the endowment land on behalf of the local community and it needed to ensure any sale achieved what was best for the community.
‘‘Native forest is dwindling in Otago,’’ Cr Robertson said.
‘‘It’s far better to protect established ecosystems than to restore.’’
hamish.maclean@odt.co.nz
Comment now