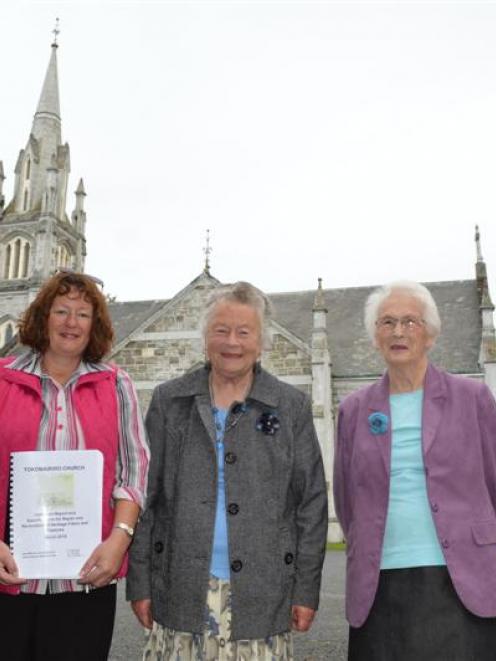 Nearly six years ago, the Tokomairiro Presbyterian Church Restoration Fund subcommittee was formed to raise $45,000 for reports into what was needed to conserve the structure and the associated costs.

Subcommittee member Elspeth Robinson said the final report was received on Saturday and showed the church was in ''much better shape'' than expected.

The report by architectural conservator Guy Williams found the masonry ''rhythm'' of the 125-year-old church was stronger than previously thought. Steel reinforcing rods were also present.

Tiles on the church roof also needed less repair, with some tiles needing to be replaced rather than the entire roof.

The report is being circulated to subcommittee members and has not been released to the public.

Subcommittee members would meet Mr Williams next week to discuss the report.

This led to suggestions the historic church could be closed and possibly demolished, which brought a public outcry.

A record 504 submissions supporting moves to place a category 1 registration on the building was received by the New Zealand Historic Places Trust in December 2008.

Nancie Allison, a subcommittee member, said the project to raise money for the restoration reports took ''quite a bit'' longer than first thought.

Other reports looked at engineering and electrical aspects of the church.

The final cost of the reports was about $43,000 and the group planned to put any surplus money towards fixing broken church windows.

''The sooner we start the next stage, the better,'' Mrs Allison said.

The subcommittee was formed solely to raise money for restoration reports, so a new committee was expected to carry out the next stage.

''People have been so generous, but they want to see the next step,'' Mrs Robinson said.

Today, the parish operates as the Tokomairiro Co-operating Parish, which includes both Methodist and Presbyterian churches, and the 600-seat church itself is used only occasionally, largely for weddings and funerals.