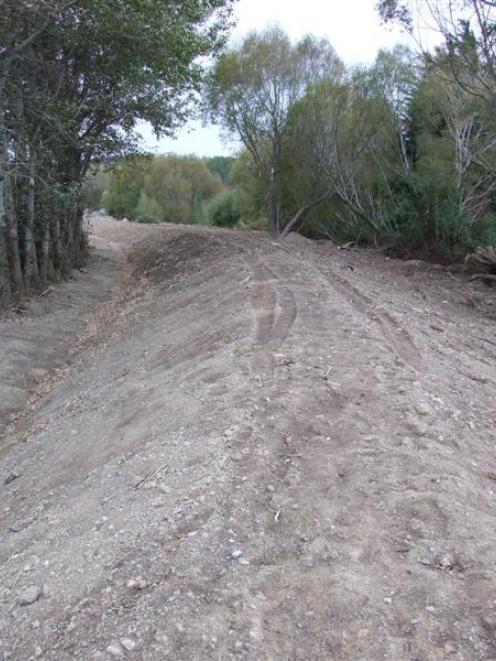 The Milton stopbank, from the Tokomairiro overbridge on SH1. Photo by Rachel Taylor.
Efforts to protect Milton from future surface flooding have begun, with the first phase of Milton's new storm water pump station and drainage system under way.

The building of a stopbank, which will be 700m long when completed, began in the last week of February.

The flood bank had been built to prevent the river from flowing back into the drainage area, Mr Stocker said.

Manager district assets Jules Witt said the pump station, which was yet to be built, would boost the capacity of the existing drainage system by emptying the outlet ends of the drains, even when the river was high.

Once the pump station was constructed, it would be able to pump 1200 litres of water per minute at its peak, Mr Stocker said.

"Peak capacity may be once every 50 years."

The project had been discussed for a long time, because Milton had a history of surface flooding, with significant flooding in April 2006 and August 2007, Mr Stocker said.

The contract for construction of the storm water drainage system was awarded to Waihola Excavation for $777,705.

Council expects the project to be completed by winter.