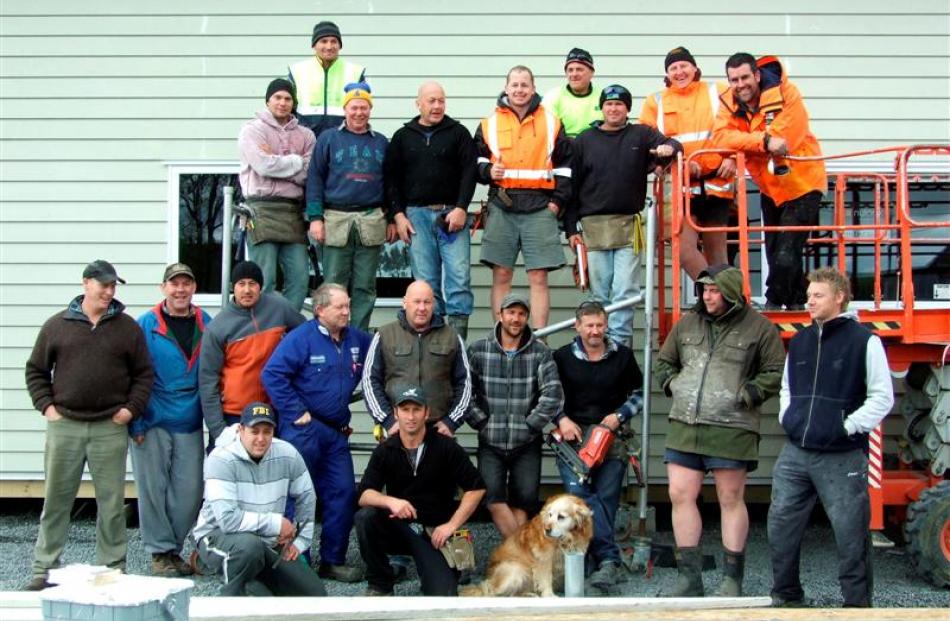 Some of the many volunteers who worked on the house at the Kaitangata Rugby Grounds this weekend. Photos by Helena de Reus. 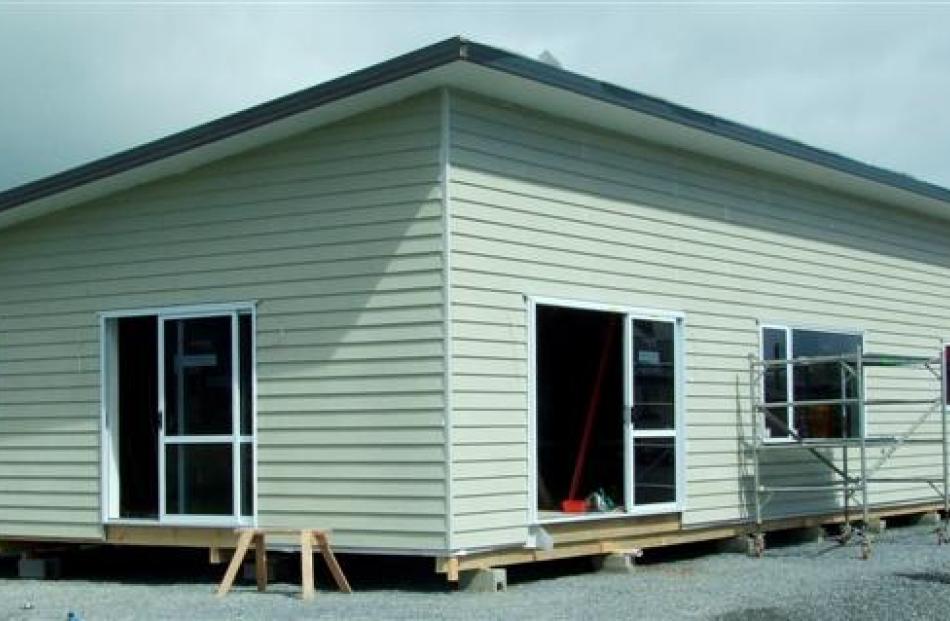 The house yesterday, with windows and doors installed and cladding up on the walls. 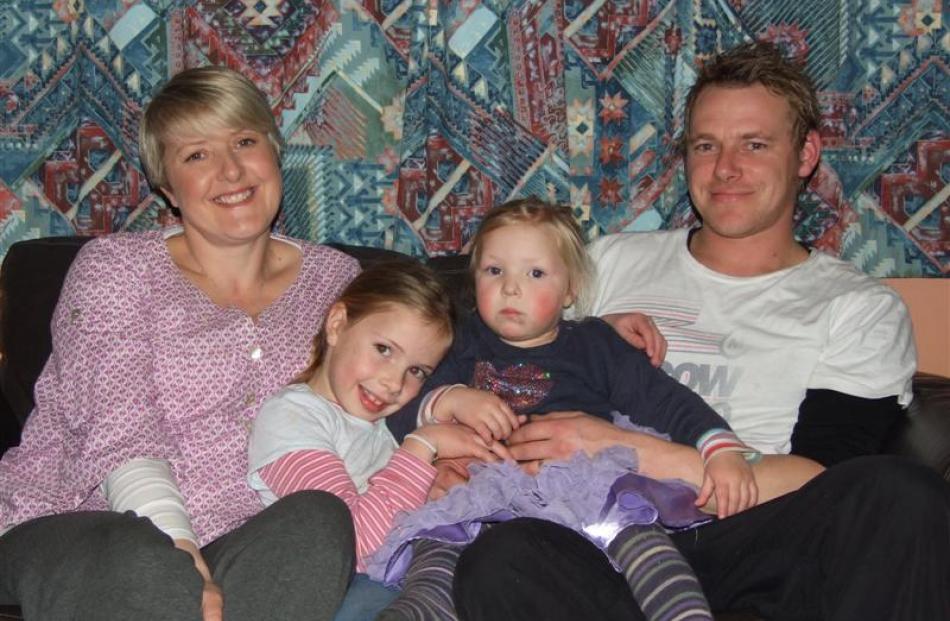 Wind, rain and hail failed to dampen the enthusiasm of Operation Owen volunteers, who worked around the clock over Labour Weekend to build a home for a Kaitangata family.

From Friday morning until noon yesterday, volunteers flocked to the Kaitangata Rugby Grounds to work on the project.

"Operation Owen" is a project to construct a purpose-built home for Jodie and Terry Owen, whose two daughters, Charli (7) and Meg (3), have undiagnosed cerebella ataxia. The condition affects the girls' co-ordination and balance, and makes them tire easily.

Organiser Derek Craig, of Cromwell, designed the house, and the Owens have worked with him to ensure the house suits their needs. It has wider doorways so Charli and Meg can use their walking frames inside, cavity sliding doors and handrails throughout.

Mr Craig said the number of people who had given up their time to take part in the project was amazing.

"We planned to start at 6pm, but from 9am on Friday there were people walking through the gates with their nail-bags who thought they would get stuck in."

Working was difficult on Friday, as bad weather set in.

"It was rugged on Friday night. We had sideways rain and hail, but the boys didn't want to give up. It really set us up for the weekend. I'm amazed with how much we've done this weekend."

About 100 people worked on the house, another 30 running the kitchen to provide volunteers with hot drinks and meals.

Clutha Mayor Bryan Cadogan, a member of the Operation Owen committee, said the amount of time people had given to the project was "phenomenal".

"A huge effort has been made across the country, but particularly from the South Otago community. It restores your faith in human nature."

Mr Cadogan commended Mr Craig and his wife Kylie, who have spent the past 12 months organising the project, from fundraising, including organising a charity concert and auction, to pooling businesses' resources and people.

"They haven't missed a single thing. They pulled out all the stops to do this for their friends, the Owens. It shows the sheer depth of their characters to put this family first and put so much passion and energy into the project."

Once exterior work is completed, the house will be transported by Kings House Removals to a section in the township owned by the Owens.

The family is hoping to be in the house by the end of the year.