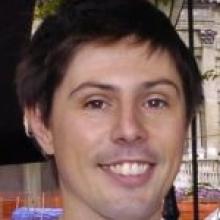 Gareth Hughes
The Southern District Health Board has called on experts in air and water quality to analyse the public health risks of Solid Energy's proposed coal-briquetting demonstration plant near Mataura.

The plant will process about 148,000 tonnes of low-grade lignite coal annually and turn it into higher-quality fuel briquettes.

If the demonstration plant operates successfully, larger plants could be built in the future. Solid Energy and other companies are also investigating establishing plants to convert lignite into diesel, nitrogen fertiliser and electricity.

The Gore District Council decided earlier this month not to allow general public submissions on the briquetting resource consent application, a decision which attracted a storm of protest.

However, Environment Southland, which has responsibility for water and air-quality consent, decided on limited notification for its part of the application and identified the SDHB as one of 12 affected parties.

In a report to be presented at a SDHB meeting next week, acting chief executive Lexie O'Shea said the board had the option of approving, opposing or taking a neutral stance on the application.

The public health service held the view the application could generate considerable public interest because of the potential for a significantly larger number of mining and processing applications in the future, she said.

The application had been forwarded to experts in air and water quality.

Green Party lignite spokesman Gareth Hughes has written to the SDHB and other affected parties urging them to object to the application.

"I want to urge you to speak on behalf of future generations of New Zealanders and say no to this 19th century proposal," he said in the letter, which he released to the Otago Daily Times yesterday.

At the Copenhagen climate change conference in 2009, New Zealand said it would reduce its greenhouse gas emissions by 10%-20% by 2020. To meet that promise, New Zealand needed to decrease emissions by more than 20 million tonnes a year, not increase it, Mr Hughes said.

On Thursday Mr Hughes launched a member's Bill seeking a change in legislation removing those subsidies.

Nonetheless, it would be too late to stop the demonstration plant, Mr Hughes said. But there was still "plenty of time" to stop future plants, he said.