'Devastated': Anger as deal to move toxic chemicals falls over 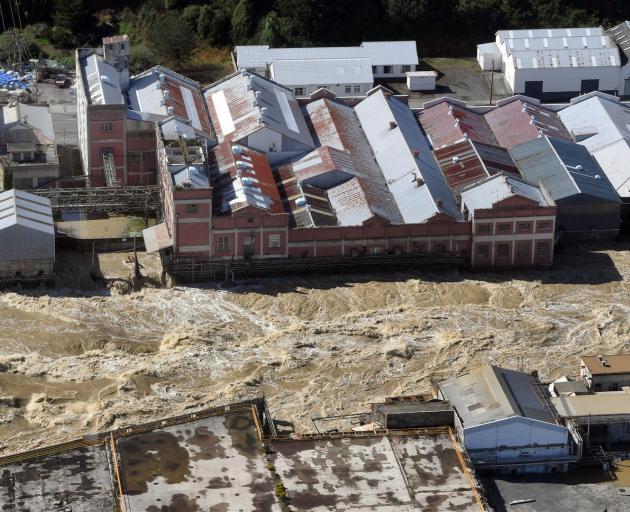 Almost 10,000 tonnes of ouvea premix, a by-product of the smelting process, was dumped at the site in 2014 by Taha, which was under contract to New Zealand Aluminium Smelter to provide a zero waste solution for the substance.

A "handshake deal" was made with concerned parties last week, but Gore District Council (GDC)  mayor Tracy Hicks said today the Rio Tinto board turned it down.

"It's fair to say everybody is feeling pretty sick.

"I'm annoyed at how this has played out and the performance of Rio Tinto over this period."

When wet, the substance is capable of generating ammonia gas, which could be harmful to human health or the environment.

Floods in the region this week sparked fears the chemicals could become saturated and hazardous.

Mr Hicks questioned whether some of the millions the company would be saving in its "sweetheart deal” over power, could be used to expedite the removal of the dross.

"To say I am devastated is an understatement.

"We had a deal, sealed with a good old-fashioned Southland handshake, but Rio Tinto’s bosses have reneged.”

He said the deal would have resulted in the dross being removed from Mataura by the end of June and sent to a building on the Tiwai Point complex for storage. The building is not part of Analco's processing plant at Tiwai.

"It’s my understanding from conversations with Stewart that Rio Tinto’s rationale for refusing to take the dross was that it didn’t want any more liabilities on the Tiwai site before the company’s strategic review is completed at the end of March.”

Mr Parry said the original deal struck with all Southland councils, landowners and NZAS to move the dross stored throughout Southland was still in place.

"However, at this point I can’t offer Mataura residents any concrete method by which we can accelerate the removal process.

"It would be ideal if Stewart Hamilton could attend the meeting in Mataura, on Friday, to explain to our residents in more detail why his company can’t take the dross.”

Mr Hamilton issued a statement to the Otago Daily Times saying: "We have fully co-operated with GDC regarding the council’s long-standing plans to remove the material that is stored at the Mataura Paper Mill.

A press release from Gore District Council said when the council became aware it was at the mill, it was advised to allow Taha to apply for a resource consent retrospectively.

A consent was issued with a number of conditions, including a $2.3million bond. Taha appealed the bond and did not pay anything to the Council.

Taha went into liquidation and its principals left NZ for Bahrain during mediation in the Environment Court with the Council.

The catalyst for Taha going into liquidation was NZAS not renewing its contract with the company.

This is ridiculous. The Rio Tinto board are sitting around laughing at the small town country bumpkins (Mayors, Power companies, Central Government) who let them do whatever they want at Tiwai.

Even if it is moved, where is it moved too? Was Taha's contract really for a "zero waste" solution, or was it just a "pay to pass the buck" scenario, where the shell company is folded and the big multi-national PR team can say it has nothing to do with us.

It's time we hardened up and called their bluff. Pay full price for power, genuinely have a robust, transparent, fully owned process for zero waste, and welcome randomly timed auditors in to check.

If this doesn't work for Rio Tinto, they can take their poison and exploitation elsewhere. We cannot bow to these soul-less, profit centric, corporates in return for a few wage packets!