Call for freedom camping ban except at camp grounds 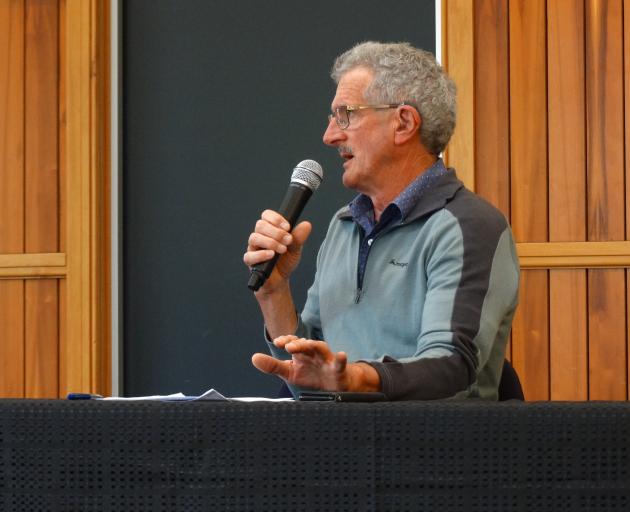 About a dozen speakers from all parts of the district made their views abundantly clear at a Queenstown Lakes District Council hearing on its proposed freedom camping bylaw.

Their preferred option was for freedom camping to be banned everywhere in the district, except at its eight camping grounds.

However, in an exchange with Lake Hawea warden Alison Brown, hearing panel chairman Calum MacLeod pointed out section 12 of the Freedom Camping Act 2011 states: "A local authority may not make bylaws ... that have the effect of prohibiting freedom camping in all the local authority areas in its district."

That has left the panel with the tricky job of setting boundaries for where freedom camping is allowed.

It heard submissions freedom camping should not be allowed in the Mt Barker area east of Wanaka, the length of Mt Aspiring Rd west of Wanaka and SH6 north of Wanaka, or in Albert Town.

Ms Brown and fellow Lake Hawea warden John Taylor reflected on their decade of dealing with the problem, and their sense of deja vu as they again put their case for more control.

When asked by the panel what gains they had made, Ms Brown could point only to two toilets being installed and a ban being imposed on freedom camping along the lake's southern shore.

Mr Taylor said he had hopes of Lake Hawea rising another metre or so this summer, reducing substantially the amount of land available to freedom campers.

The council's proposed prohibited areas in the Upper Clutha are mainly in and around towns, and along some adjacent roads.

Allison Aspinall, one of the owners of Mt Aspiring Station, next to the Mt Aspiring National Park, and 40km from Wanaka, said prohibiting freedom camping near toilets and other facilities only pushed freedom campers further into rural areas where there were no facilities.

Mt Barker Residents' Association spokesman John Binney called for a ban from the Cardrona River to SH6, admitting theirs was a "nimby approach".

Mr MacLeod then pointed out the association's boundaries left his own property just outside the suggested prohibition zone.

A submission read on behalf of Wayne Hudson took issue with the part of the proposed bylaw which states its purpose is to "encourage responsible camping". He called for the word "encourage" to be replaced by the word "control".

The hearing continues in Queenstown today.

Agree – why do Councils give away a service (not free actually as it costs the ratepayer!) that is in direct completion to local businesses (who pay rates)!

Responsible Campers Association Incorporated (RCAi) made submissions on this after Queenstown failed to answer some questions as to the back ground for some of their policies.
RCAi was disappointed to note our submissions were not published online with the others (there was none from MCA either).
Questions have been raised about that and we wait on a reply.

In the meantime it is interesting to note (quote) "When asked by the panel what gains they had made, Ms Brown could point only to two toilets being installed and a ban being imposed on freedom camping along the lake's southern shore" (end quote) while at the same time relying on certified self containment to achieve Responsible Camping which it most definitely does not do. Only the people can achieve 'Responsible camping" NOT the mode.
Queenstown undoubtedly has its own unique problems, but failing to consider submissions from organizations that can think outside the square (not NZMCA) does not help them