By Mark Price
0 Comments
The  level of Lake Wanaka is dropping, but lakefront businesses are not out of the woods yet.

This afternoon Queenstown Lakes District Council said contractors have restored all sewer services to properties in the Wanaka CBD.

"Services were temporarily isolated from lakefront properties in order to prevent wastewater entering the lake. This aim was achieved thanks to the timely, precautionary measures by QLDC’s contractors Veolia.

"Clean up operations are continuing in Wanaka and Queenstown CBD’s. Public toilets remain closed in all affected and high-risk areas, and portaloos will remain in place until further notice."

While none of the businesses along Ardmore St were flooded, they were closed again yesterday, for the fourth day, because the sewerage system to the area remained shut down to avoid the lake becoming contaminated. 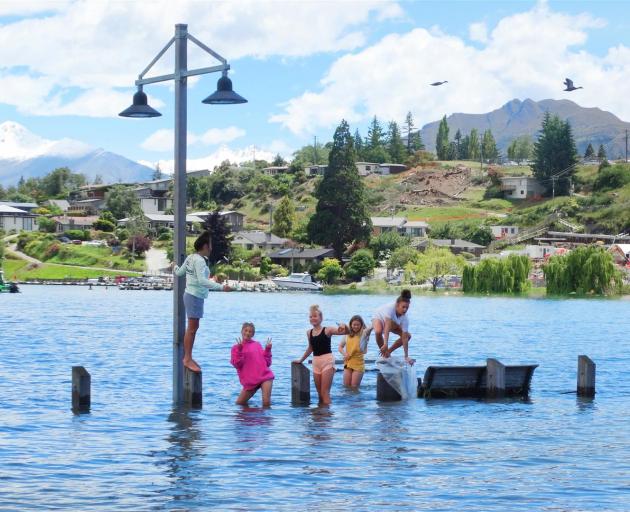 One bar owner told the Otago Daily Times he was contemplating bringing in Portaloos so he could reopen.

Flood water continued to lie along Ardmore St and the lakefront reserve, but with fine weather many children were splashing through the calm water covering roads, bus stops, beaches and playgrounds.

An Otago Regional Council graph showed the lake level peaked at about a metre below the big November 1999 flood.

Queenstown Lakes District deputy mayor Calum MacLeod said businesses might have "dodged a bullet" — the flood coming to within centimetres of ‘‘impacting quite badly’’ on a lot of businesses.

He expected information from the flood would be of value as the council progressed its master plan for the CBD.

"I don’t think anyone’s suggesting building Donald Trump’s wall along the lakefront, but there will be changes.

He and Wanaka Central Business District Property Owners Group representative Shaun Gilbertson believed back-flow valves in the stormwater system might be one part of the answer.

The other was to ensure big portable pumps were available when there were signs a flood was developing.

Mr Gilbertson said a pump the council brought in from Invercargill had shown its value.

"It certainly emptied the water out of the car park area really quickly.

"I think we proved we could do that — and operate [businesses] longer going into a possible flood, and certainly have a far faster recovery time."

Mr Gilbertson said it was important to reduce the number of flooding incidents so businesses were able to retain their flood insurance.

With Mt Aspiring Rd still half a metre under water yesterday morning, the Glendhu Bay Motor Camp had more visitors on foot than in vehicles.

Manager Penne Hunt said overseas trampers on the Queenstown to Wanaka leg of Te Araroa trail had spent the night at the motor camp, and her husband Phil had then ferried them to Wanaka in a four-wheel-drive vehicle.

Mr Hunt said there had been "quite a number" of 4WDs using the road, but it had not been suitable for regular cars.

A video showing a jet-boat using Mt Aspiring Rd had been widely circulated.

Duty manager at the Edgewater Resort Leon Roode said tourists and tour companies were readjusting their itineraries because of road closures around the South Island.

Some who were already in Wanaka were spending more time relaxing in the town, while others in Christchurch had cancelled their bookings.

A number of pumps were placed along the waterfront — including two at Queenstown Bay.

Toilets remained closed off on Marine Parade and sandbags were still in place. 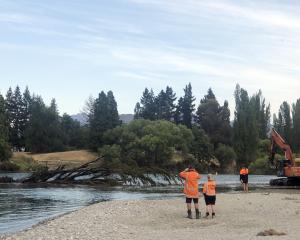 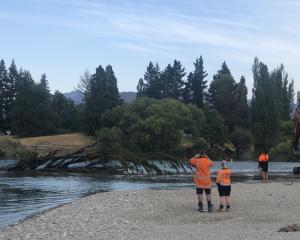 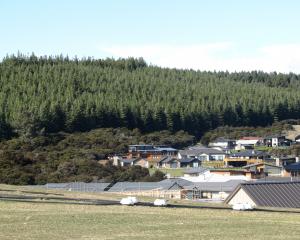