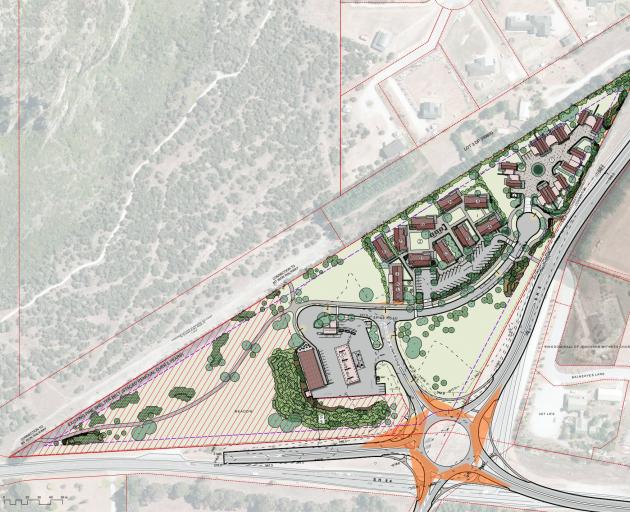 The 6ha mixed-use development at the corner of State Highways 6 and 84 will include the town’s first dedicated workers’ accommodation village, 13 two or three-bedroom terrace houses and a service station.

Backed by longtime Wanaka businessman Steve Schikker and Peter Green, the development known as Mt Iron Junction was initially declined resource consent in November 2018 because it was too dense for the rural general zoning.

The amended plan was resubmitted and signed off on Monday.

Mr Schikker said he was disappointed the motel, child-care centre, mini-golf course and retail area which were in the original proposal were no longer included.

He described the process as like being on a roller-coaster ride.

"The initial highs of purchasing the land, getting high-level support for the mixed-use development and receiving overwhelming local support through the submission process were counterbalanced by the lows of being declined consent, the huge financial costs of five years of consultation and the challenges of navigating the RMA."

However, the granting of consent on Monday had made it all worthwhile and would result in a solution to Wanaka’s seasonal worker accommodation crisis, he said.

"As a businessman, finding accommodation for our workers before the pandemic had been a massive issue."

It had also become a problem for young families because landlords were hiring by the room rather than the property, Mr Schikker said.

The service station at Mt Iron Junction would be built first but access to the site depended on the new roundabout at the intersection of SH6 and SH84 being built, he said.

NZTA surveyors had already been on site for several weeks and he understood funding had been allocated for construction of the roundabout this year.