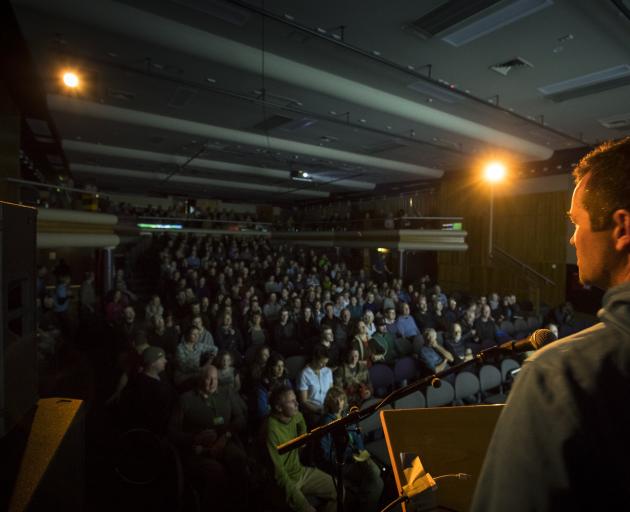 New Zealand Mountain Film Festival director Mark Sedon addresses a packed house at the Lake Wanaka Centre in 2017. Photo: Ross McKay
A staple event in the Wanaka calendar, the New Zealand Mountain Film Festival has continued to go from strength to strength year in, year out. What first began as a handful of speakers in 2002 has spawned into an internationally-recognised film festival that attracted over 200 films for next month’s event. Sean Nugent asks festival founder and director Mark Sedon for his thoughts on the festival’s growth since its inception.

It began as nothing more than an idea.

Now, the New Zealand Mountain Film Festival in Wanaka has become an annual fixture that attracts people from across the globe.

In April it was announced the festival had a record number of entries - 208 - from throughout New Zealand, Finland, Brazil, United States, Australia, India and Armenia, among others. 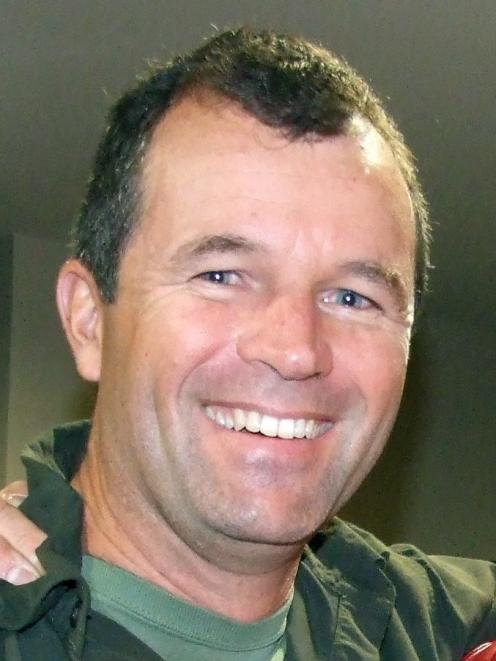 Mark Sedon
It was not a future that festival founder and director Mark Sedon envisaged when he organised the first one back in 2002.

There were just 15 speakers, and no films planned, until one speaker's flight was delayed, causing organisers to play a film to fill time.

"It was amazing how the film looked on the big screen so we thought maybe we should look at films, and two years later we started the film competition," Mr Sedon said.

The early years of the film festival attracted 25 to 30 entries, all sent to organisers on DVDs - another thing that Mr Sedon noted had changed.

"No-one has sent us any films by post this time, it's all by internet. We've probably downloaded 300GB worth of movies in the last month.

"It's a bigger job, it takes more time. But we have a pretty formal judging sheet, so we give points for editing, cinematography, soundtrack, performance.

"We have quite a formula."

But for Mr Sedon, the biggest and best change had been the number of entries from New Zealand film-makers.

"Since we started the competition we've seen a massive increase in the number and quality of the New Zealand films that are entered. It's been pretty cool to see New Zealand adventure film-making coming of age, which we like to think we had a helping hand in."

The festival became a charitable trust in 2012, when it expanded to a six-day event held throughout Queenstown Lakes and Central Otago.

Since then, it has expanded further to a 10-day event.

The sense of adventure and small-town feel were the keys to the festival's ongoing popularity, Mr Sedon said.

"I think all people want to have adventures. New Zealanders are brought up and encouraged to go and do stuff in the big world out there, so the film festival kind of motivates people to come up with their own ideas and go and do their own thing.

"The guest speakers we have always comment on how it's a big festival but it's got a little feel. They're always impressed with how strong the community support is.

"It's still a very personal festival."

Moving forward, Mr Sedon said the trust planned to continue helping youths to get out and experience the outdoors, and continue with the formula that had worked all these years.

The 17th festival begins on June 28 and runs to July 7. Tickets go on sale when the festival programme is announced on Saturday.