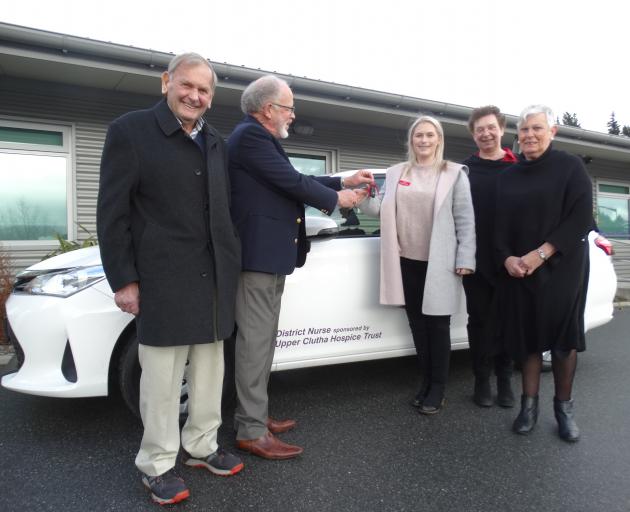 The Upper Clutha Hospice Trust had provided funding for Dunstan Hospital to employ the 0.5 full-time equivalent (FTE) role, which had flexible hours to enable the provision of care to terminal patients as and when required, trust chairman Russell McGeorge said.

The trust has also funded a car for the nurse.

The new nurse will form part of the Dunstan Hospital district nursing team, which has two FTE nurses at present who cover all of Central Otago and the Upper Clutha district, including for palliative care.

The Upper Clutha nurse will focus on palliative care, but deliver general district nursing services in the district as well.

The funding was intended to be permanent, and the trust would keep fundraising to pay for the Upper Clutha role and vehicle costs year after year, Mr McGeorge said.

He preferred not to say how much the annual contribution would be but said it would be ‘‘significant’’, and the move reflected and respected trends in the Upper Clutha district.

‘‘Our trust recognises the growing numbers of patients in the Upper Clutha area with terminal illnesses, and the desire of many to stay in their own homes if possible, rather than be admitted to a palliative care suite. Our decision to fund this additional district nurse was based on this trend in patients’ wishes, and on our desire to add to the resources supporting those with terminal illness in the Upper Clutha.’’

The extra nursing role was a much-needed resource for the Upper Clutha’s ‘‘fast growing and ageing population’’, she said.