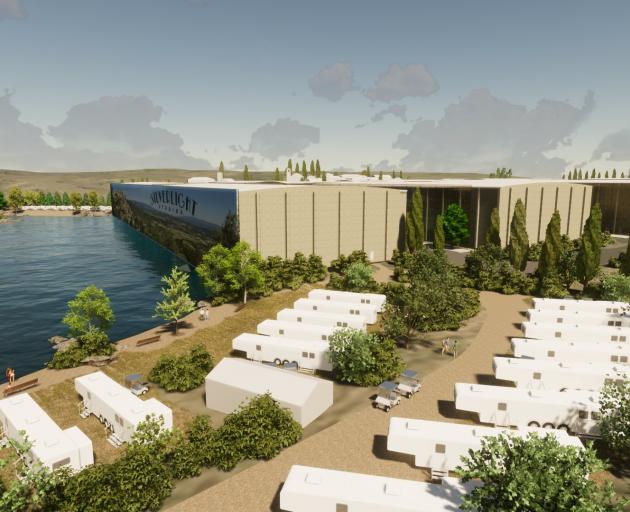 The panel’s decision on the studios must be delivered no later than Wednesday but the result of an associated worker’s housing application will not be known for some time yet.

The draft housing condition would require Silverlight Studios Ltd to set up a housing department for at least 50 non-Wanaka resident construction workers and minimise adverse effects on house prices and rents.

The Otago Daily Times asked the Environment Protection Authority on Thursday whether the Wednesday decision deadline could be extended so studio and housing matters could be decided together, as housing was being treated as a "critical" issue for the studio consent.

An Environmental Protection Authority spokesman confirmed on Friday the two matters could not be incorporated because the two fast-track consents were not lodged at the same time.

"The Covid-19 Recovery (Fast-track Consenting) Act requires a decision on the Silverlight Studios application to be delivered no later than December 8. This date cannot be extended.

"The Silverlight Studios accommodation application was lodged separately (on October 29) and is still early in its consideration by the expert consenting panel. The two applications cannot be incorporated," the spokesman said.

Earlier, the panel was advised by lawyers it "must have regard to potential effects of the proposal on housing affordability and availability".

Two reports on Wanaka housing economics have been lodged — the first, by Wanaka economist Natalie Hampson, was lodged with the studio application, the second was commissioned by the panel from Christchurch economist Simon Harris and received on November 16.

Hearings panel chairwoman Heather Ash then asked Silverlight to respond promptly to Mr Harris’ report, stressing it was "critical". Silverlight complied on November 29 and Ms Ash then outlined further requirements of Silverlight and others regarding the draft housing condition.

It reads as follows:

"Following the commencement of bulk earthworks on the project site, the consent holder must accommodate the project’s on-site temporary and permanent direct workforce (construction workers and consent holder and site lessee operational personnel) in a manner that minimises to the extent practicable adverse effects on house purchase and house rental prices in the Wanaka urban area, including by way of establishing and operating a Housing Department [or similar] that will:

"a. seek to procure and utilise a range of existing commercial and residential accommodation; and

The deadline for comments is 5pm today.