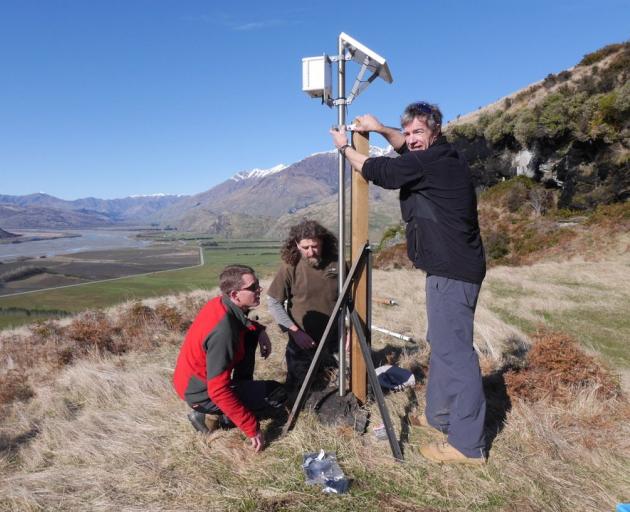 Forest and Bird Central Otago and Lakes committee member Andrew Penniket said the trial was hoping to save threatened native bird species living near the Matukituki river west of Wanaka.

He said the first traps started sending signals back on August 30. "These are not your cuddly pet cats we are catching; these are many times bigger than domestic cats and are all very healthy monsters," he said.

Encounter Solutions director, founder, and inventor of the wireless trap monitoring, Simon Croft, said the principle was "to try to smarten up the existing asset base that other people have without needing to buy more traps".

He said using a digital VHF system, a trap monitoring node device sent a message to a hub or base station which sent a message either by satellite or cellular networks to a cloud-based system, from which an email was delivered to the client saying which trap had caught a predator.

Mr Penniket said the advantage of the satellite system was they only had to clear and re-set the traps that had been triggered, whereas normally they would have to check each trap each day, as animals are not allowed to be in a live capture trap for more than 12 hours.

The one-month trial was aimed at catching large predators to protect black fronted tern, banded dotterel, waybill and black billed gull colonies that lived on or near the river.