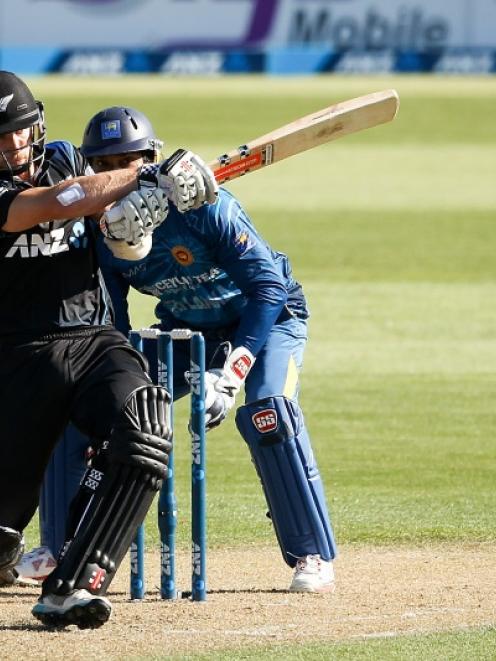 Kane Williamson: 'We're not expecting everything to fall into place perfectly. No game of cricket really does.'
Black Caps match-winner Kane Williamson says his team's stellar round robin form is ancient history and there's no room for complacency against the West Indies.

"Everything starts again now we're in the quarters. So anything in the past is quickly forgotten and it's important we prepare well for whoever we're playing," Williamson said today.

The West Indies squeaked into the quarter-finals despite a dismal set of performances including an embarrassing loss to Ireland in the pool stage.

But Williamson, who has returned to Wellington, the scene of his celebrated performance against Australia on February 28, said the Windies would be no pushover.

The two countries meet at Wellington Regional Stadium at 2pm on Saturday.

Williamson said both teams had a good balance of players with diverse skills and world-class ability such as the Windies' Chris Gayle.

"We know we're up against a strong team," he said. "The West Indies have a lot of match-winners in their side."

Williamson said it would be important to neutralise players like Gayle but the Black Caps would have to set the agenda and express themselves.

"Obviously everyone knows what Chris Gayle can do ... so it's important we put focus on him, a little bit of focus but I think it's more important we focus on ourselves and our skill sets and look to execute what we want to do in the game."

He said adaptability and an ability to adjust to dynamic match situations would be essential to reaching the ultimate prize.

"We're not expecting everything to fall into place perfectly. No game of cricket really does."