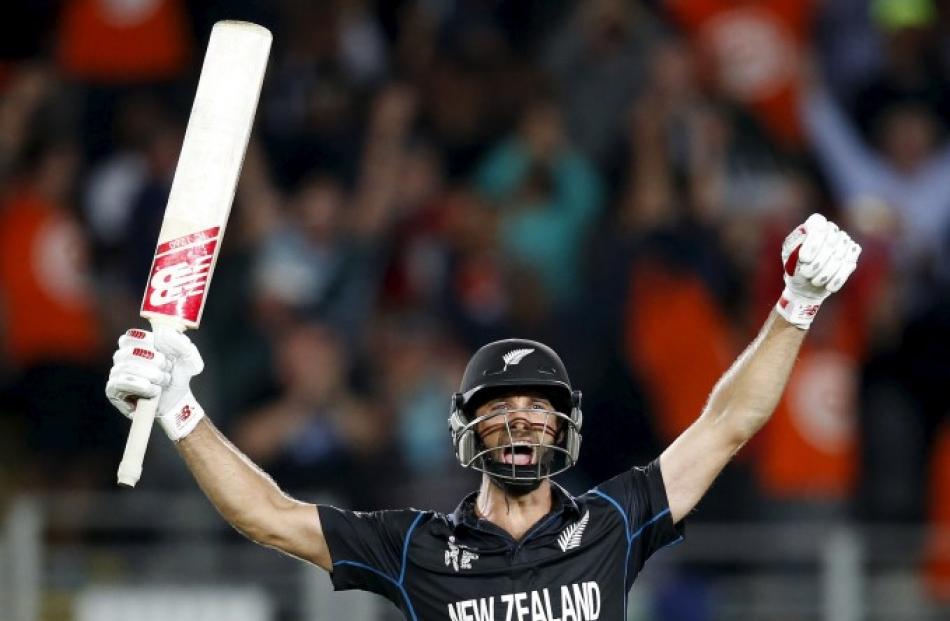 From World Cup bolter to semifinal hero - it has been quite a journey for Black Caps journeyman Grant Elliott. Cricket writer Adrian Seconi reports.

It is a measure of the man that Grant Elliott took a break from celebrating to offer his vanquished opponent Dale Steyn a hand up.

Steyn had just watched his delivery - the penultimate of the match - speed from Elliott's bat and over the long-on boundary for six.

The devastated Steyn crumbled in a heap, while Elliott lapped up the moment to the roaring applause of 41,279 fans at Eden Park on Tuesday night.

Somehow, in all that delirium, Elliott, the South African-born batsman who was only included in the New Zealand World Cup squad when the selectors ran out of faith in Jimmy Neesham, had the presence of mind to spare a thought for his opponent.

His gesture to the forlorn bowler encapsulated the spirit in which the game had been played.

''I felt quite sorry for him,'' Elliott said.

In the final frantic exchanges, the match could have swung either way.

Elliott skied a towering catch which might have been caught had two players not collided trying to reel it in. And 23 to get off two overs - one from Steyn and the other from Morne Morkel - seemed like it was beyond the home team.

Daniel Vettori looked like he was running up and down on the same blade of grass when he scampered through for the crucial bye which got Elliott back on strike.

Somehow the 36-year-old veteran made his ground and then offered Elliott some sage advice.

''Dan said we weren't going to run to the keeper again so I knew it was up to me. I had two balls to try and take us home.

''I knew that four runs would do it because a tie was as good as a win. So that was always in the back of my mind.''

Pressure? You bet. And some doubt had crept in as well.

''I think [with] the chase, we probably left it a little bit late to be honest. It was stressful towards the end,'' the 36-year-old beamed.

Elliott made the decision to move to New Zealand in 2001 and regards it as home now. But his formative cricketing years were spent in the republic.

He remembers staying home from school to watch the 1992 World Cup between South Africa and Australia. He knew then that was what he wanted to do with his life.

''That left a massive impression on me.

Elliott's shot that delivered New Zealand its first semifinal victory in seven attempts brought people to their feet and even reduced some to tears.

''I was looking to hit that ball for six or four. Wind it up and wherever it was it was going over the boundary, hopefully.

''We're pretty blessed to experience this in our backyard. It has been amazing walking the streets and feeling the support of everyone in New Zealand.

''I think we can reflect on this time very fondly just as in the '92 World Cup with all the guys ... who made it to the semis reflect on it pretty fondly. [The '92 tournament] left a big impression on a lot of people including myself. Hopefully, [2015] will drive some more young players to want to play cricket.''