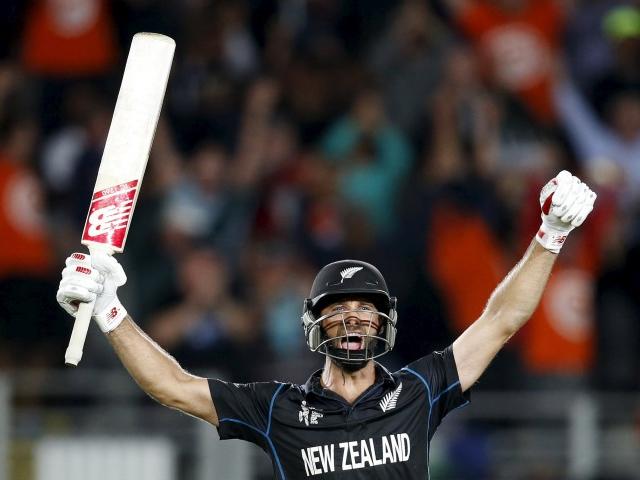 From World Cup bolter to semifinal hero - it has been quite a journey for Black Caps journeyman Grant Elliott. Cricket writer Adrian Seconi reports.

Just like that, the World Cup is over. There are a couple of big questions remaining, and cricket writer Adrian Seconi attempts to answer them.

Where one is analytical, calculating and measured, the other is instinctive, daring and dramatic.

The Black Caps may not have brought the trophy home with them, but they returned to New Zealand as heroes after an emotional an eventful Cricket World Cup.

Call it a windfall. Call it a gift from the heavens.

Daniel Vettori exited cricket in the same way he tended to play the game.

New Zealand coach Mike Hesson has said he will not put pressure on any of his players to make up their minds about their playing futures in the wake of the team's disappointing World Cup final loss to Australia.

The dream died hard for New Zealand at the Melbourne Cricket Ground last night.
The Black Caps will touch down in New Zealand tomorrow afternoon after making it to Melbourne for the Cricket World Cup final.

The Black Caps are set to pocket up to $210,240 each for their performance in the Cricket World Cup.

The sportsmanship displayed by Black Cap Grant Elliott during the Cricket World Cup's semifinal was thrown back in his face last night, after Australian players appeared to taunt him when he was dismissed in the Melbourne final.

A cricket career that has inspired millions is set to culminate in one of sport's grandest cathedrals tomorrow when New Zealand play their inaugural World Cup final against Australia.
More regular Chappell-Hadlee Trophy cricket against Australia is in the pipeline.

The path to the Black Caps reaching the ICC Cricket World Cup final in Melbourne tomorrow has seen strangers embrace - and now a group of Dunedin mates are travelling to continue spreading the love.

Four million New Zealanders will burst with pride when the Black Caps play Australia at the Melbourne Cricket Ground tomorrow - and it will be a particularly special occasion for two proud sons of Dunedin. On the eve of the Cricket World Cup final, New Zealand captain Brendon McCullum and coach Mike Hesson sent this message to Otago Daily Times readers.

Ailing cricket legend Martin Crowe has set a heart-wrenching scene for the Cricket World Cup final, revealing it may be the "last" match he watches.

New Zealand have the World Cup final opponent they wanted in co-hosts Australia, according to skipper Brendon McCullum.