Cricket: 'The two sons I never had' 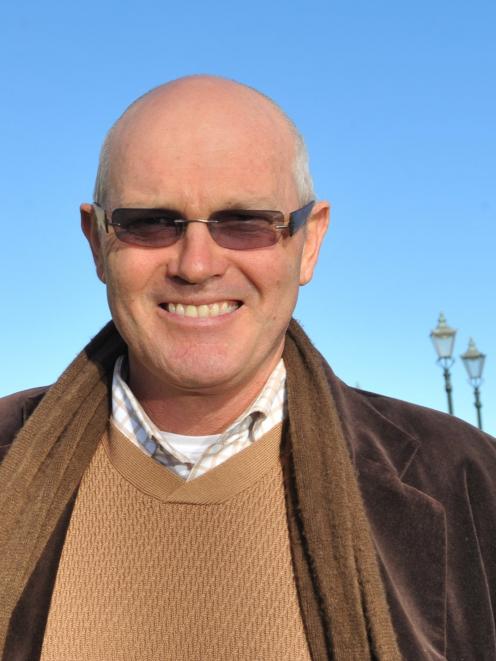 Martin Crowe
Ailing cricket legend Martin Crowe has set a heart-wrenching scene for the Cricket World Cup final, revealing it may be the "last" match he watches.

Battling lymphoma, the former New Zealand master batsman and captain says he will be holding back tears all day as watching tomorrow's final showdown between the Black Caps and Australia will be the "personal cricketing highlight of my life".

The 52-year-old has also paid a touching tribute to two particular members of the Black Caps squad, declaring Ross Taylor and Martin Guptill as "the two sons I never had".

In a stirring and emotional piece written for espncricinfo.com, Crowe, who will be among the 100,000 fans at the Melbourne Cricket Ground tomorrow, says he will gladly accept the occasion as his last game.

"My precarious life ahead may not afford me the luxury of many more games to watch and enjoy.

So this is likely to be it. The last, maybe, and I can happily live with that," Crowe wrote.

"To see the two sons I never had, Ross Taylor and Marty Guptill, run out in black, in sync with their close comrades, drawing on all their resolve and resilience, will be mesmerically satisfying.

I will hold back tears all day long. I will gasp for air on occasions. I will feel like a nervous parent.

"Whatever happens, March 29 at the MCG will be the most divine fun ever."

Crowe's has been battling for his health since announcing in October 2012 that he had been diagnosed with lymphoma.

Eight months later there was real hope for his future after he revealed treatment had worked and he was free of cancer.

However, late last year Crowe announced his "friend and tough taskmaster lymphoma is back" - and this time, he was to refuse treatment.

Having captained the New Zealand team in the early 1990s, including the team that contested the 1992 World Cup, Crowe returned to Eden Park last month where during New Zealand's hosting of this year's cup, was inducted into cricket's Hall of Fame.

"It has been a team effort, going back to 1975, and it will remain one. I will be there to share my gratitude at seeing a baton carried with such brilliance and daring," he wrote.

"Without question, this will be the personal cricketing highlight of my life, and I sense for New Zealand too.

"If New Zealand win, for the very first time they will step out of the All Blacks' shadows. That is arguably the greatest feat of all.

"Whatever happens, March 29 at the MCG will be the most divine fun ever."

- By Simon Plumb of The Herald on Sunday