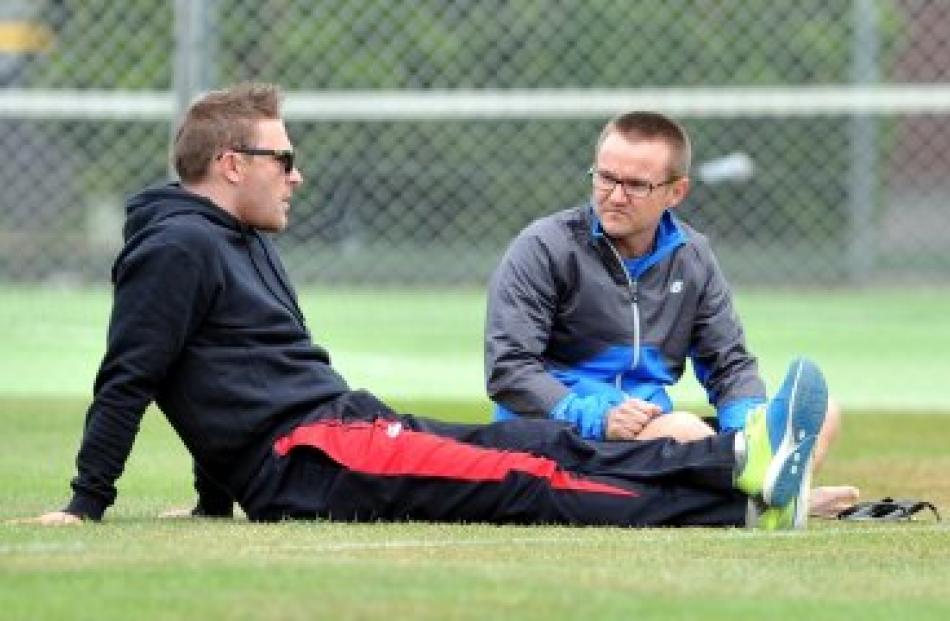 Where one is analytical, calculating and measured, the other is instinctive, daring and dramatic.

But Mike Hesson and Brendon McCullum have one very important trait in common - ambition.

It has been their goal to turn the Black Caps into a more competitive unit and they might even turn them into world champions. We will find out on Sunday.

So how have two Otago blokes with seemingly opposite approaches managed to work together so well?According to Otago Cricket Association chief executive Ross Dykes, it comes down to respect.

''They are quite different aren't they?'' Dykes said.

''Brendon is the instinctive buccaneer and Mike is the analyst. So they are quite different in the way they appear outwardly, but I think it is the mutual respect which makes it work.

''And I think that goes way back to when Brendon was a young guy and Mike was making his way as a coach.''

Dykes gave Hesson his first big break when he employed him ahead of two higher-profile candidates to replace Glenn Turner as Otago coach 10 years ago.

The men are also neighbours.

''He demonstrated very clearly that he had structure to his coaching. He was very well prepared and he had a very strong streak in him - a good strong character that if he believed in something, he would see it through and not waver.

''But what impressed me most of all was his thoroughness in dealing with detail, planning and his ability to relate to people.''

Hesson's lack of a strong cricketing pedigree was a consideration but Dykes said it was evident he had other strengths which ''far outweighed any on-field playing experience''.

McCullum's approach to the game is more instinctive and he has proven to be a natural leader.

Perhaps his greatest attribute is his ability to inspire people and to get the best out of his teammates.

He leads by example, of course, with the way he takes it to the opposition at the top of the order.

But he also backs everybody else in the team and he is not afraid to gamble.

If that means four slips, a gully and a short point, so be it.

If that means using up his strike bowlers in the relentless pursuit of wickets, so be it.

If that means losing without putting up a fight? Forget it.

''Hesson is clever enough to know he has a captain whose instincts are light years ahead of anyone else,'' Dykes said.

''I think that is what has happened. All the discussion, all the challenging and all the planning that goes on in the background and then you just let Brendon loose.

''I guess one of the interesting questions is: how would they go without each other?

''I think they complement each other really well and if you put another captain alongside Mike then I think you might see Mike play a different role. If Kane Williamson was the captain, for example, I think you would see Mike adjust his role accordingly.

''Right at the moment, Brendon is the upfront flag-bearer and Mike is more than happy to let him be that.''

McCullum-Hesson
The ups and downs

January 2013: NZ dismissed for 45 in an away test against South Africa.

February 2014: Jesse Ryder dropped from test squad after he was spotted out drinking the night before a test against India.

March 24: Beat South Africa by four wickets to secure a place in the World Cup final.