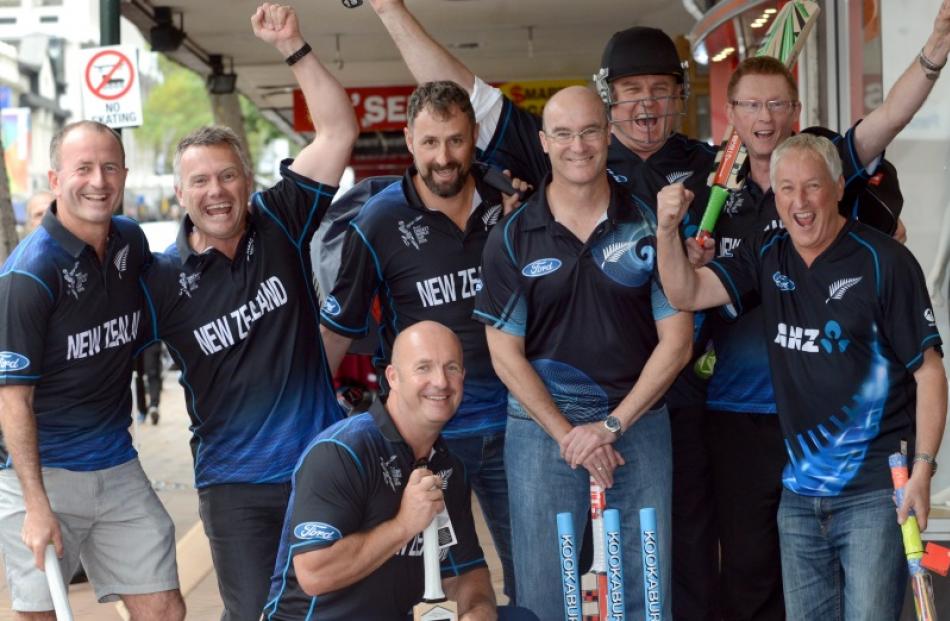 Some of the Dunedin men set to fly to Melbourne today for ...

The path to the Black Caps reaching the ICC Cricket World Cup final in Melbourne tomorrow has seen strangers embrace - and now a group of Dunedin mates are travelling to continue spreading the love.

In December, John Moyle asked his friend Shane Robinson if wanted to attend the final with him in Melbourne. The small travel party quickly expanded after an impromptu speech Mr Robinson made at a Dunedin golfing event included an open invite.

"All of sudden there was 20 people coming,'' Mr Moyle said.

Mr Robinson and Mr Moyle took their wives to the semi-final between the Black Caps and South Africa in Auckland on Tuesday.

"It was unbelievable. The most emotional game I've ever seen, of any sport,'' Mr Robinson said.

In the final over, Mr Robinson found himself  "welling up'' with tears of national pride, and when Grant Elliott hit the winning six and the ball soared within metres of their seats, the electric atmosphere exploded to a celebration of emotion and embrace, Mr Robinson said.

"There was a lot of man love,'' Mr Robinson said.

"As soon as Elliott hit it, we were high-fiving and cuddling women we'd never seen before. It was unreal,'' Mr Moyle said.

"Playing Aussie in their own back yard and knocking them over. You can't get better than that.''