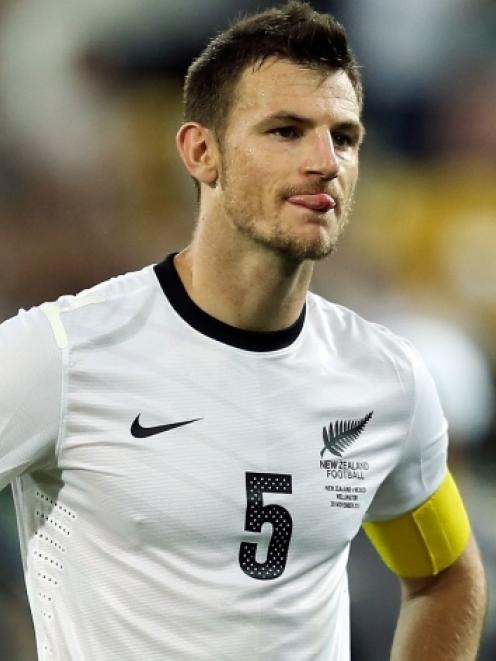 Tommy Smith
Former All Whites skipper Tommy Smith completed a drastic about-face yesterday -- being named in the New Zealand squad for two internationals in November -- two months after declaring himself in "international exile" for a year.

Smith plays for Ipswich Town in the English Championship and in August put helping his club reach their promotion goals ahead of helping his country develop their back four.

But after a cup of coffee in Ipswich with new All Whites coach Anthony Hudson last week, he changed his tune.

"I went to Europe to meet Tommy, to get to know him," Hudson said.

"But most importantly I wanted to show him what we are doing here. I told him about the professional environment we are creating, how we are trying to play and I convinced him that we are going to go very far, which is what I believe. And Tommy has agreed to come."

Smith's decision may have something to do with game time. When Smith closed the door on the All Whites in August he was a regular starter for Ipswich. But after being forced out of the starting XI and featuring for 33 minutes in their last six games, he is now desperate for game time. And the All Whites remain keen on a player of his quality.

So the two internationals against China and Thailand in four weeks have come at a perfect time for both parties.

The All Whites were defensively poor against Uzbekistan in their first match under Hudson, and with Ben Sigmund recently retired and Andrew Durante considered surplus to requirements, the defensive stocks are low. Smith gives the back four a much more solid look.

"A lot of players have had similar situations to Tommy, but probably not been as public about it, or gone about pulling out of teams the same way," Hudson said.

"But he's a human being, and for him to go back on what he said and decide to come back for me is difficult for him. He now has to face the press and face all this. It's a big call he's made."

Smith's centre-back pairing with Winston Reid is critical for any World Cup aspirations in 2018. Hudson noted limitations of playing Andrew Durante, a right-footed player, in the left centre-back role against Uzbekistan and said Smith provides a natural fit.