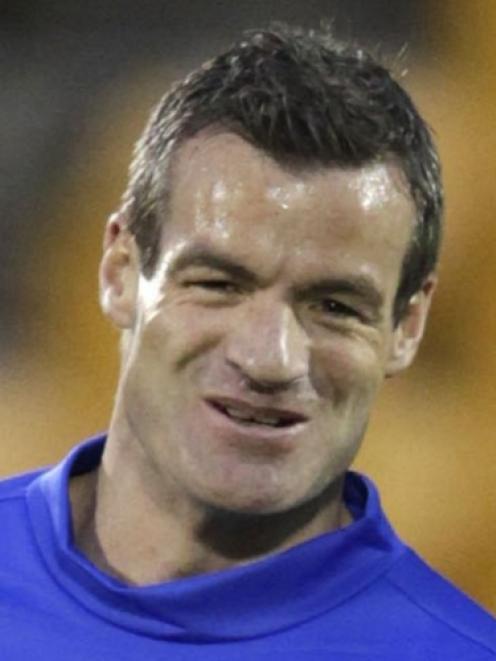 Ryan Nelsen
The man who led New Zealand to the 2010 World Cup could be called upon to assist in the qualification campaign for the 2018 tournament.

Ryan Nelsen has been out of a job since being sacked as coach of MLS side Toronto FC in August, but that employment status may chance if All Whites coach Anthony Hudson has his way.

Hudson today met media to discuss the recent two-match tour to China and Thailand, offering a comprehensive review before further discussing his ambitions for the senior side on the road to Russia 2018.

Key in those ambitions was a wealth of young talent already involved in the national team, a youthful core that provided promise but was stricken with inexperience. Which is where Nelsen could come in.

Setting aside the debate surrounding whether he or former coach Ricki Herbert was the pivotal figure in guiding the All Whites to their meritorious achievements in South Africa, there's no doubting Nelsen's off-field impact on those around him.

A born leader who inspired with both words and actions, Nelsen offered a presence currently lacking within Hudson's side, the callow nature of which saw 22-year-old Chris Wood assume the armband in Winston Reid's recent absence.

But as Hudson revealed at New Zealand Football headquarters, the opportunity did exist for Nelsen to again make his mark on the All Whites, with the pair having engaged in discussions about a potential role.

"I've been in touch with Ryan many times," Hudson said. "I want to use his experience as much as possible -- he's a legend and what he's done for New Zealand football is incredible.

"I was in touch with him during the trip to China and Thailand and I hope that we can maybe develop that relationship and see where it goes."

Hudson said he would have been remiss if he neglected the opportunity to reach out to Nelsen, both for his own benefit and that of his players. Whether anything formal can be arranged is another question, with Nelsen's burgeoning business interests keeping him busy away from football.

But Hudson knew the input of Nelsen could create a difference for his young side, leaving the coach keen to lure the 37-year-old back home in some capacity.

"He's certainly someone who has to be around what we're doing," Hudson said. "Something has to happen and I know that New Zealand Football are looking at that.

"With his experience and what he's done for football here, his input is incredible. If not for me -- which he is -- then for the players. Winston, Chris Wood, those younger lads, he is an incredible role model and needs to be around what we're doing."